'The Suicide Squad' Has 2nd-Lowest Opening In DCEU History 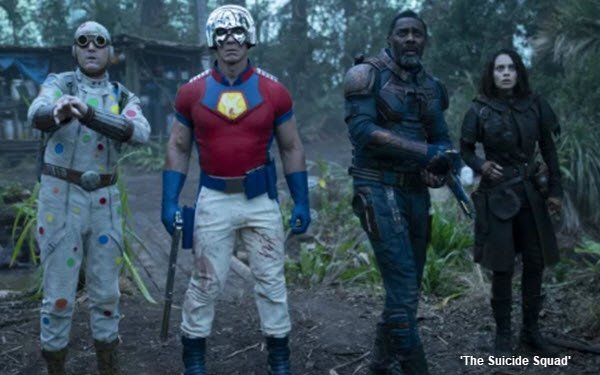 The movie business, which was picking up steam slowly as pandemic restrictions loosened, now appears to be encountering renewed fears of indoor crowds due to the Delta variant.

The latest evidence: a $26.5-million opening weekend for Warner Bros.’ “The Suicide Squad.”

Despite strong advance reviews for the movie — directed by James, Gunn, director of the hit “Guardians of the Galaxy” with a $185-million budget — the take missed the studio’s rather conservative $30-million projection.

It was also the second-lowest opening box-office weekend in the history of the so-called DC Extended Universe (DCEU), according to CNET.

Both films were released on WarnerMedia’s HBO Max streaming service, at no extra charge for premium subscribers, on the same day as their theatrical debuts.

“There’s reason to believe the ‘Squad’” audience might disregard rising Covid rates: Younger and more dedicated to the scope and experience of theatrical presentation, they’re less likely to take advantage of HBO Max availability,” noted IndieWire. “Beyond that core group, however, are fans who would be grateful for the opportunity to see it at home.”

“The Suicide Squad” drew $35 million in international box office during the opening weekend.

Total U.S. box-office sales for the weekend were $65 million—49% of the sales generated during the same peak-summer, pre-pandemic weekend in 2019.

“We always knew the ramp-up would be two steps forward and one step back—but when we’re living it, it’s not great,” Warner Bros. distribution chief Jeff Goldstein told The Associated Press.

Domestic box office for Disney’s “Jungle Cruise,” also accessible for $29.99 through Disney+’s Premier Access, dropped by 55% in its second weekend, but that would be expected even with a traditional theatrical window, according to IndieWire.

Disney’s “Black Widow” — now the subject of a lawsuit by its star, Scarlett Johansson because of its simultaneous release on Disney+ Premier Access — dropped 68% of its first-weekend box office in its second weekend, but a modest 38% in its fifth weekend, making it the largest domestic box-office movie of the year to date, with $174 million.