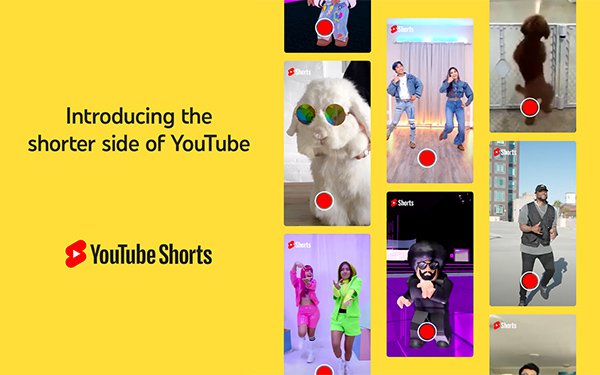 YouTube today launches a global ad campaign in support of Shorts, a feature that allows creators to edit and share videos 60 seconds or less in length on a mobile phone.

The shorter side of YouTube campaign reaches out to attract Gen Z fans and creators who might use TikTok. It consists of one 30-second anthem spot featuring multiple ways to create Shorts from different artists, and several shorter 15-second spots.

“In one of our biggest brand marketing campaigns to date, we are leaning into 'The shorter side of YouTube' to show just how easy and fun it is to watch and make YouTube Short,” she wrote in a post. “Anyone can create Shorts using music from today’s leading artists like The Weeknd and Doja Cat in addition to other videos only on YouTube."

The Weeknd, BTS, Camila Cabello, and Doja Cat are featured artists in the campaign, which highlights ways to create Shorts with popular music.

Visitors to YouTube will find Shorts integrated into the YouTube platform, with a specific destination to search through short videos.

YouTube Shorts generated 6.5 billion daily views in March 2021, and surpassed 15 billion daily views during the second quarter in 2021, according to Google. The feature, which launched in fall 2020 in India, is now available in more than 100 countries. It gave creators a way to express themselves with short clips.

YouTube claims that user-generated short videos emerged on the site with the first uploaded short of 18 seconds in 2005. It’s called Me at the zoo. As technology advanced, creators and artists began to take advantage of cameras on smartphones to create and publish high-quality content worldwide.

In March 2021, YouTube began testing a feature that lets creators sample audio from another Short on YouTube to create their own unique versions of the Short. People in the experiment could select any eligible Short on YouTube, tap the music icon, and select “Use this sound,” which allowed creators to use 15 seconds of audio from the selected Short to create their own.

Similar to TikTok, YouTube Shorts features a multi-segment camera to link multiple video clips, and the ability to record with music and control the speed.