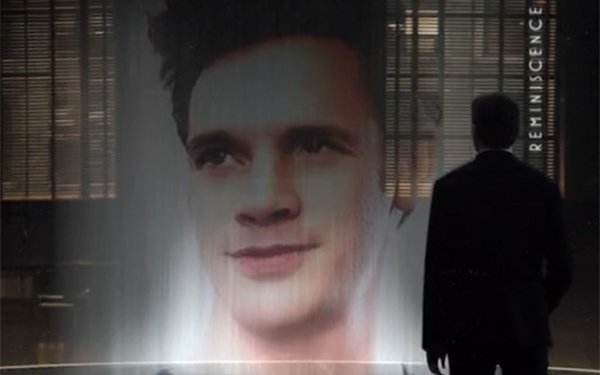 Warner Bros’ promotion of the Hugh Jackman film "Reminiscence" represents the direction in artificial intelligence (AI) that Hollywood will take in the future.

The movie studio partnered with creative reality company D-ID to promote Reminiscence using synthetic media based on AI in an effort to bring people back to theaters and engage young, digital audiences. The theatrical debut is scheduled for August 20.

The campaign is built on D-ID’s patented Live Portrait deep-learning technology that animates still photos or art, making them come alive in a video.

“This is the future,” said Gil Perry, CEO and co-founder of D-ID (de-identification).

Anyone can visit the movie’s official website and upload a picture of a person and become part of the trailer. The technology creates a short trailer that includes a moving deepfake sequence of the image uploaded. Synthetic media can create a deepfake in which a person in a still image comes alive in a video.

"Reminiscence," a science fiction noir-type movie, focuses on private investigator Nick Bannister, who helps his clients access lost memories through holograms. With the disappearance of his new client, Mae, Bannister becomes obsessed with searching for her.

And while D-ID's lifelike technology can be used for good and evil, Perry acknowledged, he and the other co-founders have built in safeguards. Some of the top privacy experts in the world sit on the board, such as the former head of privacy at Amazon Prime, former chief privacy experts at Microsoft, and the lead at Privacy by Design consortium.

D-ID began as a software privacy company focused on facial recognition in 2017. The technology launched in 2018, and the company raised seed funding the same year.

Perry, along with co-founders Sella Blondheim, and Eliran Kuta, saw a future working with media entertainment using synthetic media, so the three set out to build software that animates still photos with built-in privacy safeguards.

D-ID developers are working on new technology Perry calls Talking Heads for broadcast networks. The technology lets a news network, for example, synthetically create the likeness of a commentator or use a still photo to deliver the news for the day.

Josh, India's version of TikTok, works with D-ID to enable users to upload photos. The partnership, announced August 6, supports more than 110 million users of the platform. The technology lets users upload a photo and turn it into a video with music and dancing.

Mooncakes are the main food of the Mid-Autumn Moon Festival, and Mondelez's Kinh Do is one of the top mooncake brands.

The affiliation between the festival and Kinh Do is much like Cadbury Creme Eggs and Easter.

On a mini-site, users can upload a family photo taken during the previous Mid-Autumn Moon Festival, Tet Trung Thu in Vietnamese. Using Live Portrait technology, D-ID then animates the most prominent faces in the photo, bringing the family memory to life. The animated video overlays on an image of ‘happy Tt Trung Thu’ from the Kinh Do brand. Social sharing buttons facilitate sharing. The promotional campaign for the project is running on TV, web and social media channels.