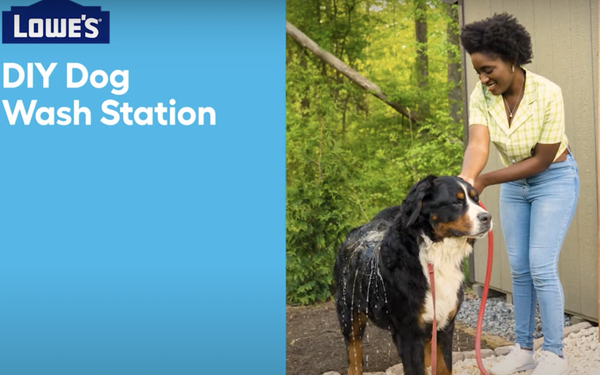 “There’s no place like home” may have been America’s mantra for much of 2020. But the latest quarterly results from Lowe’s and the Home Depot show a distinct cooling toward home-improvement projects, with experts predicting more dips in the months ahead.

Wedbush Securities recently shifted its outlook for the home improvement sector to “neutral” from “positive,” and downgraded Lowe’s from “outperform” to “neutral.” It already had the “neutral” rating on Home Depot.

And while there are certainly significant differences in how the two home improvement giants target customers, the biggest concerns are about the bigger picture.

Significantly high housing sales have peaked, with forecasts predicting only minimal increases in 2022. And while revenues soared at both companies as consumers scrambled to turn patios into staycation-worthy sanctuaries and kitchens into classrooms and home offices, that trend is fading. “We believe that most of this relative sales strength will prove transitory,” writes Seth Basham, an analyst who follows the industry for Wedbush.

And research from Global Data shows the number of consumers doing at least one home or garden project during the second quarter dropped to 66% from 73% in 2020. While that still surpasses pre-pandemic levels, when just 56% of consumers had a DIY project going, it’s another indication that people are spending less time at home.

The Home Depot says sales rose 8.1% in the second quarter of its fiscal year, reaching $41.1 billion. Comparable sales gained 4.5% overall, and 3.4% in the U.S. Net earnings jumped to $4.8 billion, compared with net earnings of $4.3 billion in the same prior-year period.

“While the Home Depot contends that DIYers are still engaged in home improvement, their reduced weekend shopping activity suggests to us that DIY small project demand is likely to continue to fade unless stay-at-home trends reaccelerate due to the Delta variant,” writes Basham. “While the tailwind from strong housing trends in the last year should support big-ticket project demand through this year, we expect overall sales comps to slow.”

At Lowe’s, total sales for the second quarter notched a small gain, rising to $27.6 billion compared to $27.3 billion in the year-ago period. Total comparable sales decreased 1.6% and dropped 2.2% for the second quarter. Net income at the Mooresville, North Carolina-based chain advanced to $3 billion, up from $2.8 billion.

And while Basham notes those numbers came in a bit ahead of expectations, “Lowe’s relatively higher DIY exposure leaves it less well positioned than Home Depot.”

Neil Saunders, managing director of GlobalData, sees that difference as a potential advantage for Lowe’s, even as America’s commitment to my-home-is-my-castle thinking wavers.

He says the drop in at-home projects seems to come mostly from more occasional improvers or those who just dabbled in a project or two during the pandemic.

“Interestingly, these consumers have a greater propensity to shop at Lowe’s because they don’t have established loyalty to any particular retailer and make selections based more on convenience rather than on things like range depth and services, where Home Depot tends to win,” he writes. “Lowe’s has made some gains with younger demographics, and there seems to be more stickiness in that cohort.”

He says Lowe’s Total Home strategy, focused on making it a destination for everything from décor to installation services, may further differentiate it from Home Depot. “We have seen some indications that Lowe’s has grown its share of millennial consumers over the past year. The strategy also shows up in the numbers where décor was one of the few strong growth categories, and installation service spend rose by 10%.