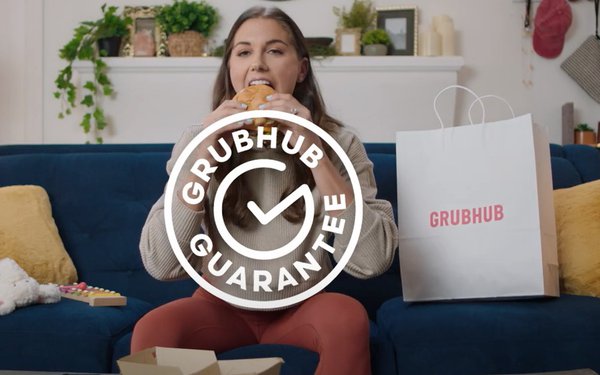 Grubhub parent Just Eat Takeaway.com says that if it wasn’t for government-mandated caps on food-delivery fees, its Canadian and U.S. operations would be profitable.

But profitability in 2021 remains highly unlikely given that New York City—a key market for Grubhub, where it is #1 in third-party delivery—recently extended its 15% fee cap until next February.

Management of Amsterdam-based Just Eat believes such fee caps are illegal and did not mince words about their feelings in a Q2 earnings call on Tuesday.

Having acquired Grubhub two months ago, Just Eat is in the process of integrating Seamless—the corporate food ordering platform that merged with Grubhub in 2013—into the Grubhub brand.

“This will allow us to optimize the marketing spend and benefit from the network effects around one single brand," Just Eat CEO Jitse Groen said on the earnings call.

In the United States, Grubhub processed 134 million orders in the first half of 2021, an increase of 27% over the same period in 2020. While revenue grew by 22%, earnings before interest, taxes, depreciation and amortization fell by 183% to a negative 25 million euros—roughly $29 million at current exchange rates.

Grubhub added more than 30,000 partnered restaurants in the first half. In recent months, it has promoted its on-time guarantee as voiced by professional athletes Alex Morgan, Allyson Felix, Caeleb Dressel and Hunter Woodhall.

Last month, Grubhub and competitor DoorDash filed suit against the city of San Francisco over its mandated delivery fee cap of 15%.

Meanwhile it’s not just delivery companies that are pushing back against Big Apple dictates.

Also on Tuesday, a number of local businesses sued New York City in an effort to stop mandated vaccines for those who frequent or are employed by gyms, restaurants and other indoor establishments. It’s the first such mandate in the country.

Unlike previous executive orders, “there is no option to provide a negative Covid test or to wear a mask in lieu of vaccination. Also, there are no accommodations for those who cannot get the vaccine,” the suit states.

According to a June survey by Gartner, dining indoors at a restaurant is far down on the list of activities people feel should require a vaccine mandate.

Among the respondent base of 346, just 24% said vaccination should be required for dining indoors. That compares with traveling on an airplane (60%), going on a cruise (59%), working in a healthcare setting (58%) and attending a concert, sporting or other large public event (42%).