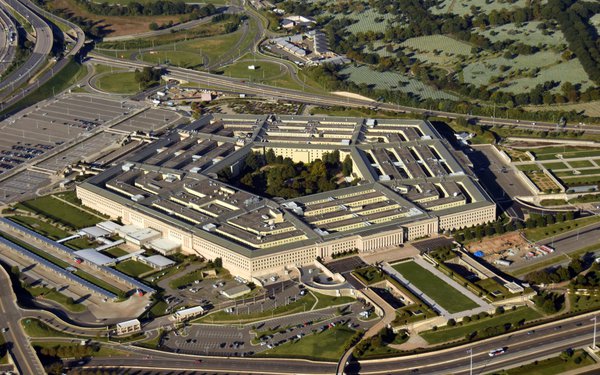 The United States is not prepared to defend or compete in the area of artificial intelligence or other types of advanced technologies. That's the message released today from a group of technology leaders chaired by former Google Chairman Eric Schmidt.

A National Security Commission report on Artificial Intelligence released Tuesday shows why companies like Apple, Amazon, Google, Facebook, Oracle, Microsoft and others need to work with the government to secure the future as a leader for the U.S.

While the Pentagon has long led the way in developing advanced technology that found ways into civilian applications, such as GPS and the internet, that is no longer true. More of this type of technology is being created in the private sector, including cloud computing, despite the military becoming more reliant on technology.

The National Security Commission on Artificial Intelligence was created by Congress in 2018. In addition to Schmidt, other members include Amazon CEO Andy Jassy, Oracle CEO Safra Catz, scientists from Google such as Andrew Moore, and Microsoft Fellow Eric Horvitz.

As The Wall Street Journal points out, many tech-industry outsiders believe these companies have become too powerful, and are concerned that without regulations they could hold additional sway as critical defense contractors.

The report notes that the lack of technology within the Pentagon continues to expand “the window of vulnerability" for the United States. It’s also noted that for the first time “since World War II, America’s technological predominance — the backbone of its economic and military power — is under threat.” The report points out that China has the talent and ambition to surpass the U.S. as the world’s leader in AI in the next decade if current trends do not change.

AI also deepens the threat posed by cyberattacks and disinformation campaigns that Russia, China, and others reportedly use to infiltrate the U.S. society, steal data, and interfere in our democracy, according to the report. And it points to the global crisis demonstrated by the COVID-19 pandemic, which also provides a reason to expand on national security and find innovative AI-enabled solutions.

Brad Smith, president of Microsoft, speaking with CNBC on Tuesday said "we all need to step up" to improve cybersecurity.

He called for companies and regulators to coordinate efforts to prevent these types of crimes, and said Microsoft has committed $20 billion during the next five years. Comparing the situation to the fight against terrorism, Smith argued leaders need to develop "a culture around the need to share."

Reshaping the Department of Defense require rewiring, and changes in bureaucracy and procurement processes. The project has been under way for years. It’s even gone as far as establishing outposts in Silicon Valley to fund promising startups and test technologies such as autonomous aircraft. Still, the WSJ reports the department has struggled to adopt new technologies.

Schmidt told the WSJ that the U.S. can overcome these hurdles.

“The government is not prepared,” Schmidt told the WSJ. “There are so many examples where digital technology would completely change the way the systems work.”