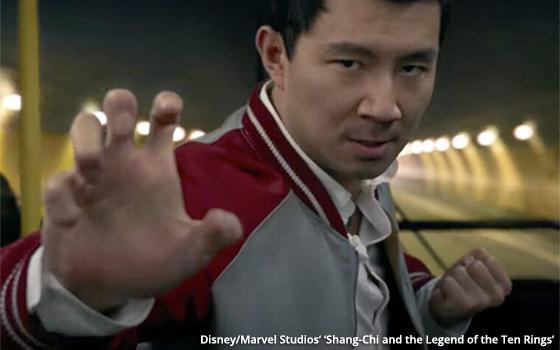 Nine months into the year, movie theatrical box-office revenue continues to improve over 2020 -- but it is way down from the pre-pandemic 2019 period.

Disney/Marvel’s “Shang-Chi and the Legend of the Ten Rings” was the big earner this past weekend -- following up on its massive debut on Labor Day weekend.

From January through mid-March 2020, movie studios were in a business-as-usual operation. After this period -- starting in mid-March -- virtually all U.S. movie theaters were closed due to the pandemic.

This year’s movie studio spending remains down -- less than half of 2019’s $897.6 million national TV spend (331,885 airings, 106.7 billion impressions) over the January through September period.