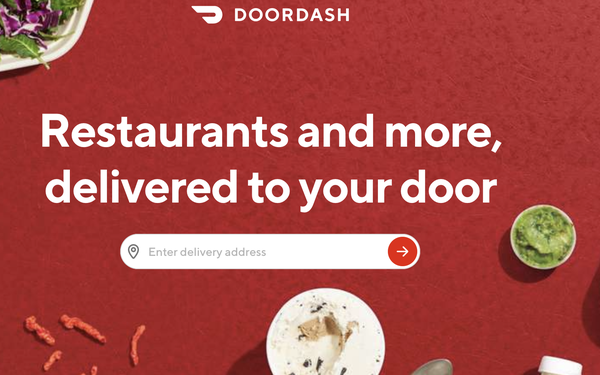 The lawsuits keep coming from third-party delivery services amid their horizontal sprint beyond food.

DoorDash Inc. filed suit against New York City on Wednesday to challenge a pending law that would force it to share customer data with restaurants.

In its latest suit, DoorDash called the customer-data law that will take effect in December an “unconstitutional taking of DoorDash’s valuable commercial information.”

Passed in July by the City Council, the law would require deliverers to divulge a customer’s name, telephone number, email and delivery address and the contents of their order. Customers would have the right to opt out of such sharing but would have to do so on an order-by-order basis.

“In an era of heightened concerns about data privacy and identity theft, this compelled disclosure is a shocking and invasive intrusion of consumers’ privacy,” the lawsuit states.

DoorDash said that while many people trust it and other “respected technology companies,” they would not have similar trust in small businesses “that do not have similar robust data safety and security protocols.”

If implemented, the law would give restaurants access to sensitive customer information “whether or not they have the technical capacity or resources to safely maintain it.”

Moreover, DoorDash believes that restaurants will use its “trade secret data” to compete directly with DoorDash.

New York City councilor Keith Powers, who introduced the data legislation, told The Verge that restaurants are “the lifeblood of New York’s economy and culture. I encourage DoorDash to drop this lawsuit immediately.”

In a blog post on Wednesday, DoorDash reiterated that the law threatens the safety and privacy of New York consumers. “We remain committed to fighting on their behalf to keep this harmful, first-of-its-kind legislation from taking effect. “

The company went on to note that restaurants using its Marketplace platform can pay a commission as low as 15% and gain access to “insights on their orders that help them make informed decisions about their menu and offerings.”

According to an analysis by The Wall Street Journal, government-mandated commission caps resulted in $26 million in lost revenue in DoorDash’s second quarter, while Uber Eats lost more than $60 million in expected New York City revenue since last summer. Without commission caps, Grubhub would have generated around $74 million in adjusted earnings in the first half of 2021 instead of a loss of roughly $30 million.

The numbers serve to reinforce the need for food delivery companies to diversify into other categories—including convenience, grocery and alcohol—as Bank of America pointed out this week while upgrading its view of DoorDash from neutral to buy.

“We expect non-restaurant ordering to help mitigate much of the post-pandemic drop in restaurant ordering, with numerous new partnerships underscoring DoorDash’s strong position in the sector,” wrote analyst Michael McGovern as reported by Seeking Alpha.

DoorDash already works with CVS, Macy’s, Walgreens, Walmart and 7-Eleven, among others, for product delivery.

“Although the headwinds these companies are facing in gig economy labor laws, state compliance and their partnership with restaurants are significant, the brands in this space who can leverage the assets of big data and D2C for new models and revenue opportunities could see significant breakout potential,” Jeff Roach, president and chief strategy officer at the SCS agency, tells Marketing Daily.