ClassPass Expands Under The Self-Care Umbrella 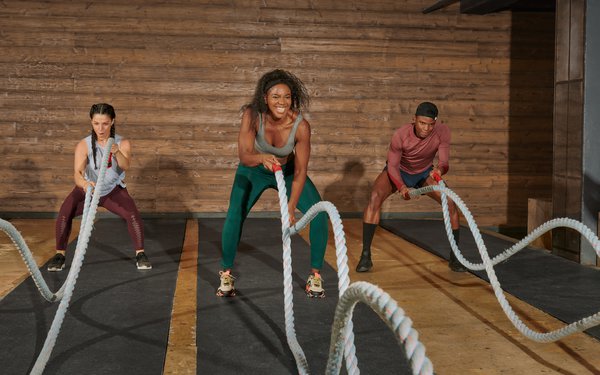 Few industries got as slammed by pandemic restrictions as gyms, fitness studios and spas. ClassPass, started as a fitness booking platform in 2013, is guiding them through reopening, and integrating more beauty and wellness into offers. That includes everything from meditation to cryotherapy to facials, in addition to exercise classes.

"With so much focus on mental health, stress and anxiety, people have begun to view our offers -- including fitness --as self-care," says Zach Apter, ClassPass's chief commercial officer.

He tells D2C FYI how the New York-based company is keeping pace with this changing customer.

D2C FYI: Few D2C companies have had to reinvent themselves as thoroughly as ClassPass during the pandemic. How is reopening going?

Zach Apter: We decided to pause our membership for all of our customers and waived commissions. At the same time, we pivoted to a digital experience where we allowed partners to livestream classes, as well as offer on-demand content on the platform.

But as things began to come back online, first in our Asia-Pacific markets, then in Europe and the U.S., and as customers demonstrated a willingness to get back to class, we reactivated partner studios. We asked customers if they were ready to go back on to recurrent billing, restarting subscriptions.

Then we worked with Braze, a customer engagement platform, to create campaigns to boost traffic. The idea is to tell people how to restart their membership, with more recommendations about using their credits beyond the digital experiences we've been offering.

D2C FYI: Any results so far?

D2C FYI: Who is your typical customer these days?

Apter: Because the diversity of experiences we offer is so broad, it’s hard to generalize. When we started, we had a core of younger, urban customers.

But now, we're not just studio fitness. Wellness represents about 35% of our credit consumptions, so that can be anything: saunas and  haircuts.

We're even available in the Villages in Florida, which is a 55-and-older community. We're available in suburbs and even exurbs. ClassPass works anyplace there are more than five venues. And we're in 30 countries.

D2C FYI: But you're based in Missoula, Montana. Does it work there?

Apter: Yes, we've got ClassPass here. Actually, the company is based in New York. Missoula is the biggest office.

D2C FYI: Many fitness companies made similar pivots, with incredible speed -- including Peloton. Do you view it as a competitor?

Apter: Honestly, we see inactivity as the biggest competitor. We motivate people to get off the couch, get out into the real world and start experiencing all of these amazing things. We introduce people to different experiences in the category.

D2C FYI: Are customers different now than they were before COVID-19?

Apter: Yes. If they're ready, they come back with their full selves. The ones who have come back to us are using ClassPass more than they did before the pandemic, and that's true of new customers, too. So while it's true that the pandemic has accelerated the traction of digital at-home fitness, we do not see any kind of impairment in the category.

D2C FYI: There has been an explosion of good, free fitness content online, especially on YouTube. Does that affect you?

Apter: The barriers to creating digital content are very low, so you saw a ton of content -- even before the pandemic. So you're always competing against what's free, and that exerts significant downward pressure on pricing. Classes need to be quite high-quality to get people to pay a premium.

We're different in offering so much. We've got something like 25 different genres, from rock-climbing to pole-dancing to meditation. And we work with some of the biggest brand names -- like Barry's Bootcamp -- [as well as] small studios.

D2C FYI: How about food and nutrition?

Apter: We've begun piloting some food and drink offerings in a couple of cities, including Amsterdam. But it's a little soon for us to talk about them.

D2C FYI: So these would be food and drink offerings a member would retrieve from a local business?

Apter: Yes. Our members have told us it's something they'd be interested in.

Apter: We've never done that. We are very local because we know that people will only travel about 15 minutes for any experience. But we've got our eyes on things like Hulu, which allows for targeting at a micro-level. We're exploring.