Why Xaxis Is Procuring A Different Kind Of 'Inventory'

Fairfax Cone, one of the founders of legendary ad agency Foote, Cone & Belding (now IPG’s FCB), once famously quipped that an ad agency’s “inventory goes down the elevator every night.”

By that, he meant that the stock-in-trade of the ad business was people, not the audio or visual advertising or media they used to influence people. And while technology has increasingly replaced or augmented many of the media that ad people use, it still is the human beings that make them work.

For how much longer, I cannot say. Advances in AI and machine learning have automated so many parts of what ad people do, and many of them have been replaced by technology. But for the most part, those people were manning low-level tasks that could be done better by machines. You know -- “back office” processes, trafficking, keying in and inputting.

So I watched the early days of programmatic trading very closely to see what would happen as agencies invested in “trading desks” and began integrating with platforms to automate media-buying, ad placements and optimization. What I learned early on, was that yes, algorithms can automate processes, but often times, the people managing simply turned them off to apply human judgement and intuition that often led to better outcomes than the machine-based ones.

The lesson is that culture is and likely always will be the driving force of great advertising, and that -- so far -- is not something that can be automated. Because if you do, your culture will go down the elevator, too.

That’s why I’m keeping a close eye on what the wave of culture-change agents being brought into many, if not most, big agencies -- the DEI (diversity, equity and inclusion) experts -- who are explicitly seeking to transform the composition and culture of their organizations to, as another great ad man -- Steve Jobs, with an assist from Apple’s agency Chiat/Day -- once said: “Think Different.”

Fittingly, one of those experts has just been installed inside GroupM’s Xaxis, an agency that was born out of the most programmatic technological thinking, and is about to make a push to transform its people culture in a big way.

“These are unprecedented times for businesses and employees, not least in how we enable company and team dynamics that are inspiring, inclusive, and empowering,” Claire Kjaer-Nielsen, the new vice president-global people lead who officially joins Xaxis this morning, with a mission to transform its worldwide organization based on that culture shift, as well as “the new normal for working practices” on the post-COVID Madison Avenue.

Or to update Fairfax Cone’s famous quote, “The inventory may never even come up the elevator in the morning.”

Kjaer-Nielsen, who joins Xaxis from HR director at the Walt Disney Company, will be based in London and reports to Xaxis Global CEO Nicolas Bidon, who has been pushing Xaxis’ culture more in the direction of people and less in terms of the technology they use. 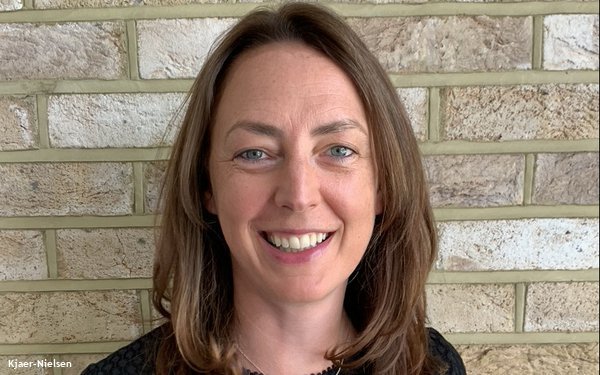