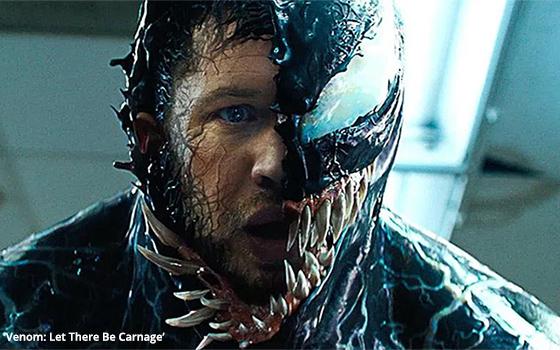 It was not only the biggest opening weekend since the pandemic started -- March 2020 -- but the second-best October debut ever, according to Comscore.

MGM/United Artists' “The Addams Family 2” took in a strong $18 million for its opening weekend -- good for second place.

Warner Bros.' “The Many Saints of Newark” -- the prequel of HBO’s classic “The Sopranos” TV series, earned $5 million -- fourth-best on the weekend.

The previous best-opening weekend results in the last year and half were with "Black Widow," which earned $80.4 million in July, while “Shang-Chi” earned $75.4 million on Labor Day weekend.