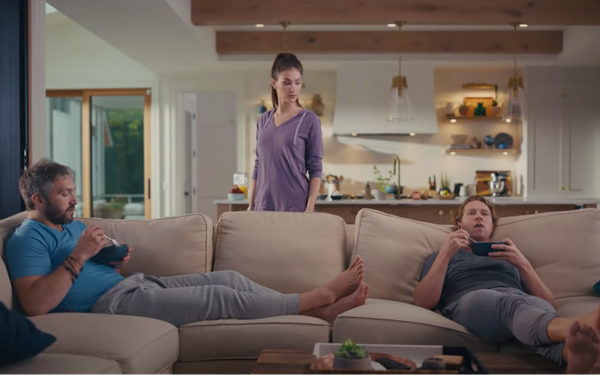 MassMutual is launching a new campaign featuring several NHL players as it enters its fourth year working with the league.

Instead of featuring game footage as in previous years, the new spot from Grey Group features Washington Capitals duo Alex Ovechkin and Nicklas Bäckström (each a Capitals forward), and Ovechkin’s wife, Nastya.

Continuing the “Uncomfortable Truths” platform MassMutual introduced earlier this year, the brand took a more comedic approach, portraying Ovechkin and his wife, Nastya, discussing why Bäckström was listed on Ovechkin’s life insurance policy, to which Ovechkin responds how he and Bäckström rely on each other to achieve feats in hockey.

MassMutual and the NHL have “shared values of interdependence,” according to the company.

The spot broke earlier this week during ESPN’s NHL Face Off Game between the Pittsburgh Penguins and Tampa Bay Lightning. It will air on the NHL’s United States TV rightsholders (ESPN and TNT) and NHL Network throughout the 2021-22 NHL season as well as across NHL, MassMutual, NHLPA and Washington Capitals social and digital properties

MassMutual is the official life insurance and retirement planning partner of the NHL. MassMutual became an official NHL partner in the United States in March 2019.