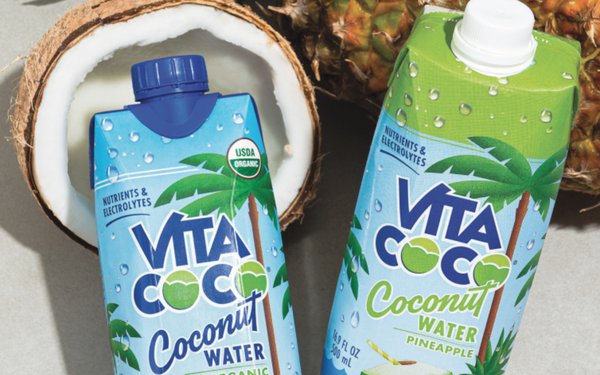 Coconut-water pioneer Vita Coco intends to expand its presence in the Midwest and achieve greater distribution in convenience stores and such venues as gyms and offices, according to an initial public stock offering filing.

In conjunction with the offering, an unidentified entity affiliated with The Vita Coco Co. distribution partner Keurig Dr Pepper will purchase $20 million in shares from an existing, private-placement shareholder.

In 2020, Keurig Dr Pepper accounted for nearly 20% of Vita Coco’s sales, according to an amended IPO filing made on Tuesday. Vita Coco first filed IPO documents in late September.

Originally distributed in major coastal cities like Los Angeles, Miami and New York, Vita Coco has gained traction across a variety of ethnic and generational cohorts—and particularly among health-conscious consumers.

“The Vita Coco consumer of today is aligned with America’s consumer of the future—over-indexing with Asian, Hispanic and African-American shoppers,” co-founder and CEO Michael Kirban said in an investor road show presentation.

Additionally, the IPO document states that 43% of Vita Coco shoppers are Gen Z or millennials, and 41% of its consumers have children at home. “These are valuable shoppers who are more likely to seek natural and organic foods, prioritize healthy eating, stay up to date on health trends, care about the environment and engage in an active lifestyle.”

The company views the Midwest as “an under-penetrated geography” because its  household penetration in the region “is 66% of our national average.”

To gain greater penetration in C-stores, the brand—which moved early into the packaged-water space—has a new canned, coconut juice line.

For nearly two decades, Vita Coco has managed to fend off competition from beverage giants Coca-Cola and PepsiCo.

Also founded in 2004, coconut-water brand Zico became wholly owned by The Coca-Cola Co. in 2013 following an initial investment in 2009. Last fall, Coca-Cola announced it was discontinuing Zico as part of a portfolio overhaul.

From January through June of this year, sales were up 16.4% versus a year ago.