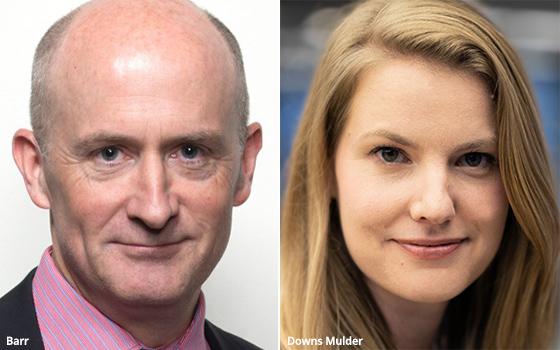 Sally Buzbee, who became the Washington Post's executive editor at the end of May, has made her first major management changes, the paper reported.

Buzbee has named promoted Cameron Barr, now managing editor for news and features, to the new position of senior managing editor, making Barr the second-in-command in the Post newsroom.

In addition, Kat Downs Mulder, managing editor for digital, will add the title of Chief Product Officer in a hybrid role. Downs Mulder will have responsibility for audio and visual journalism and will run the development teams for the Post’s website, apps, subscriptions and internal tools, reporting jointly to Buzbee and Shailesh Prakash, Chief Information Officer.

Krissah Thompson, the Post’s first managing editor for diversity and inclusion, will add responsibility for climate and environmental coverage, features reporting and recruitment.

Buzbee, who served as executive editor-senior vice president of Associated Press before joining the Post, replaced Marty Baron, who retired in February.

The new changes are driven by rapid scaling up at the paper. Owner Jeff Bezos plans to hire 41 new assignment and assistant editors, for a total newsroom headcount of 1,050, a 50% hike since 2016.

In addition, the new management structure “will help ensure that we are focused on producing more of the revelatory journalism for which The Post is known and that we can present that journalism in the most innovative ways possible,” Buzbee said in a message to the staff.

Buzbee has also served as the AP’s Washington bureau chief. In 2012, under her leadership, the bureau won the Pulitzer Prize for investigative journalism for its reporting on the surveillance of Muslims by the New York City Police Department.

The Post requires all employees be vaccinated for a full return to work in January.