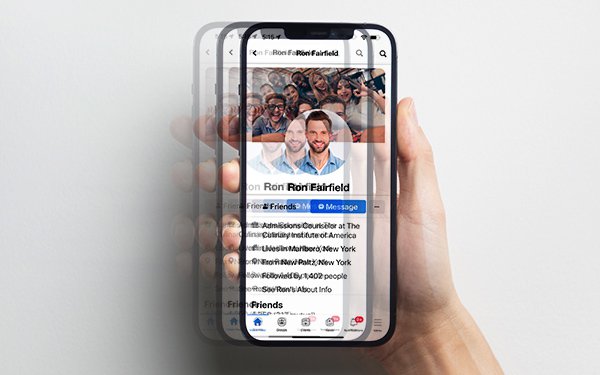 It seems Facebook has been struggling with measurement of all kinds. While Apple’s privacy changes have rendered Facebook unable to properly gauge ad performance, a new report shows that because of individuals’ creation of duplicate profiles, Facebook’s reportage of user count is also inaccurate: it’s too high.

As reported by The Wall Street Journal, Facebook employees said that in an internal presentation this past spring, the platform admitted that their system for detecting double accounts tends to undercount them.

This statement was based on an internal study showing at least 32%, and up to 56%, of 5,000 recent Facebook sign-ups, actually belonged to existing users. Multiple accounts were thus deemed “very prevalent.”

Clearly, this is a concern for advertisers who rely on Facebook’s metrics to know how many users they may reach.

Reports of a user decline on Facebook, especially among younger Americans, have been surfacing for months.

According to a New York Times piece from October 4, Facebook use among U.S. teenagers has been on the wane for years, and the decline is expected to worsen: “Internal researchers predicted that daily use would decline 45 percent by 2023.”

This is in part because Facebook’s younger user base has been won over by social apps like TikTok and Snapchat. As one 11-year-old quoted in the internal documents put  “Facebook is for old people.”

In the midst of Snapchat’s negative response to Apple’s increased privacy regulations, Facebook’s share price fell by 6% on Thursday.

Facebook’s massive market value – –$964 billion – is based on the promise that it will deliver accurate statistics to advertisers, but with their inability to track ad performance, and now user counts, will Facebook’s share price continue to fall?

“Nothing in this story changes the estimate of duplicate accounts we disclose in our public filings, which includes new users, or that we provide context in our ad products, ad interfaces, in our help centres, and in other places,” a Facebook spokesperson told The Wall Street Journal, adding that advertisers use the platform because it delivers the results they want.

But Facebook’s quarterly reports show that fake or duplicate accounts make up around 10% of its almost 3 billion listed users.

Regular active U.S. users in their twenties are Facebook’s most lucrative market, but one memo found that Facebook’s estimate of this user-base demographic was greater than the total population of American twentysomethings.