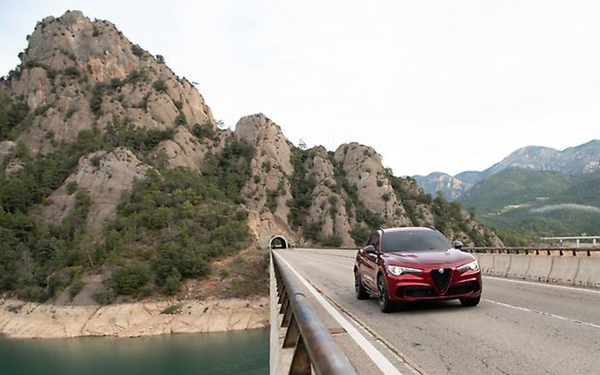 The Stellantis brand will present the spot during the Formula 1 U.S; Grand Prix in Austin, Texas on Oct. 24. The spot will be running on the screens across the track all weekend.
The effort launched Oct. 22 on social media and will launch worldwide later this year.

Launching at the U.S. Grand Prix is by design, he says.

The brand’s involvement in racing “goes back as early as 1910 and to the start of Formula 1 in 1950, when Alfa Romeo was not only present, we were champions the first year, taking first place with Giuseppe Farina and the Alfetta 158,” Francois says in a release.

The campaign interprets new values, yet reminds “Alfistas” that Alfa Romeo vehicles are designed with a premium placed on both driving and emotion, according to the company.

The creative aims to show how driving an Alfa Romeo is a uniquely emotional experience.

As part of the campaign, Alfa Romeo is introducing the #AlfaRomeoExperience hashtag, which gives owners the opportunity to share their own near-life experiences across the brand’s social media channels.

“This is the first time we’re using a single language all over the world, a direct message to everyone who shares Alfa Romeo's values,”  Imparato says in a release.

The 45-second video was directed by Salomon Ligthelm. The director of photography, Daniel Bouquet, previously worked on "Sound of Metal," which was nominated for a 2021 Academy Award. The soundtrack consists of Flavio Ibba's arrangement of "Vltava (The Moldau)" from Smetana’s "Má vlast" (My Country).

In support of the campaign launch, Alfa Romeo, in partnership with MotorTrend, is providing on-site activities at the Grand Prix. These include a VIP lounge with entertainment, a virtual race simulator, giveaways for Alfa Romeo owners who show their car key, and a silent auction benefiting the local United Way charity.