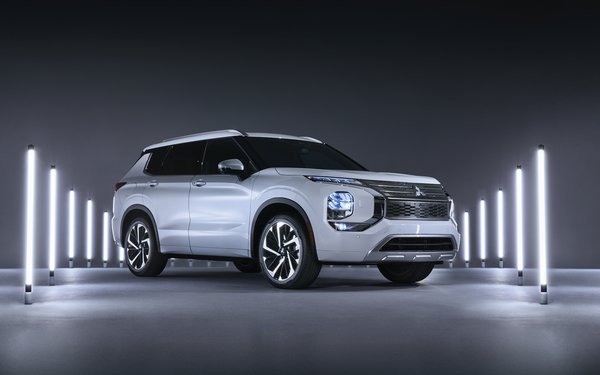 Mitsubishi Motors America is using an AC/DC riff for an ad campaign for the 2022 Mitsubishi Outlander.

The 30-second spot features the recognizable strains of the rock band’s  “Thunderstruck.”

The vehicle represents “a huge opportunity” to raise awareness and consideration for the Mitsubishi brand, said MMNA senior manager of marketing, Kim Ito.

“With a car that stands out from the crowd the way this one does, we knew we needed a soundtrack that would help it be just as memorable and stand out in the crowded field of advertising," Ito says in a release.

The effort was created by Unite Digital in collaboration with The Sussman Agency in Detroit, the same agency that created the “Take Me Out” campaign for the Mitsubishi Eclipse Cross earlier this year, featuring the song by the same name from Franz Ferdinand.

Key to the success of the campaign is a Mitsubishi Motors first-in-the-industry process, also developed in partnership with Unite Digital, where each of the company’s 330 dealers have the ability to directly personalize and customize the national advertisement for their local use.

By combining the production of so-called Tier 1 and Tier 3 advertisements together, MMNA is able to ensure consistent quality and production value, while its dealer partners are able to share information and offers with their local and regional customers.

This allows "unprecedented value for dealers and a consistent creative through-line across all levels of advertising," Ito says.

Directed by creative veteran Susan Stallings, the spot is characterized by synchronized sound and lighting. The spot ends with the voiceover and super “Get Thunderstruck” before concluding with the tagline “Drive Your Ambition.”

Closely aligned across national and retail-level creative, the campaign will include broadcast and digital activations, an extension of the brand’s Amazon partnership, and sales event heavy-ups backed by Mitsubishi’s largest marketing investment in recent years, according to the automaker.