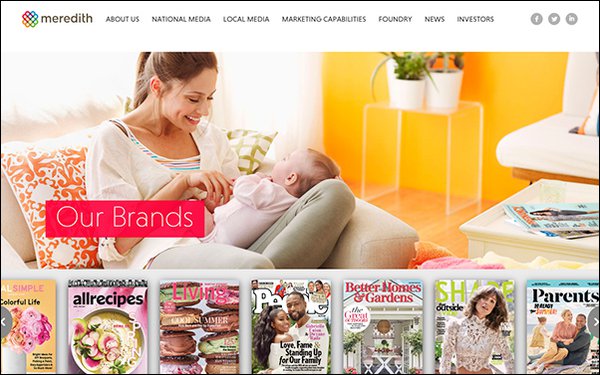 Meredith, soon to be ingested by Gray Television and IAC’s Dotdash, generated $708.6 million in Q1 of its fiscal 2022, a 2% increase YoY, the company said in its last such report.

Net earnings plummeted by 41%, but still hit a positive $28.4 million.

Digital revenue grew by 24% to $200 million, reflecting a 29% increase in ad sales. The firm’s digital consumer revenue leaped by 24%, driven by Apple News+ and performance marketing via retail partners, including Walmart, Amazon, and Target.

Total magazine revenue fell by 2% to $305 million, caused in part by a slump in ad sales  to $91.1 million, down from $116.6 million last year. The falloff was partly due to the impact of work-at-home protocols and supply chain disruptions in the food, prescription drug and beauty categories.

"Our digital performance reflects strength across the board, including advertising, licensing, and digital consumer driven sources such as performance marketing and content commerce," Harty said.

The company says it is on track to close the sale of its Local Media Group to Gray Television Inc. for $2.825 billion and the $2.7 billion sale of its remaining operations, including its digital and magazine businesses, to IAC’s Dotdash digital publishing unit.