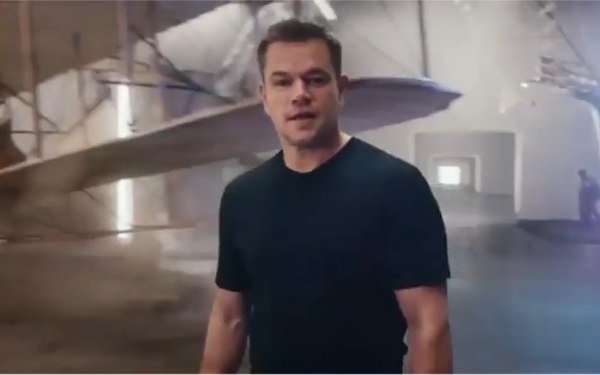 You don’t see Matt Damon pitching products very often. Though Damon has done voiceovers for TD Ameritrade and has starred in a charitable ad for Stella Artois, he isn't often a product pitchman.

Nevertheless, Damon is starring in a new campaign for cryptocurrency marketplace Crypto.com. The ad, produced by David Fincher and Pereira O’Dell, features Damon making a case for investing in cryptocurrency.

The ad features Damon walking around what looks like a museum. As he walks, Damon explains that history is filled with “almosts.” He recounts those who almost achieved, “but ultimately for them it proved to be too much.”

Damon then reminds viewers of the four simple words that have been whispered by the intrepid since the time of the Romans, ‘Fortune favors the brave.’”

Damon is the latest celebrity to appear in a cryptocurrency ad. Others include Neil Patrick Harris for CoinFlip, Spike Lee for Coin Cloud and Tom Brady for FTX Exchange.