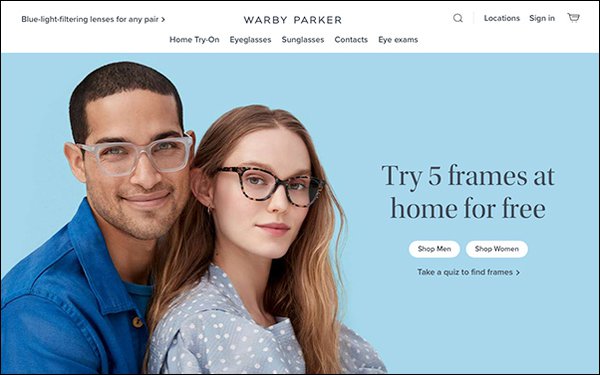 “Plaintiff has litigated this issue many times and understands the weakness of its claims,” Warby Parker writes in a letter sent Friday to U.S. District Court Judge Kevin Castel in Manhattan. “Nonetheless, plaintiff persists in this anticompetitive behavior in an attempt to bully Warby Parker into refraining from advertising to which it is legally entitled.”

The letter, which spells out Warby Parker's planned arguments, comes in response to a lawsuit brought in August by contact lens retailer 1-800 Contacts.

1-800 Contacts alleged its trademark was infringed when its name was used by Warby Parker as a keyword to trigger search ads.

1-800 Contacts said in its complaint that Warby Parker “devised a plan to confuse and mislead consumers who seek to go to 1-800 Contacts’ online store.”

The complaint also claimed that search engine users who click on Warby Parker's ads are taken to a page that has similar elements to the 1-800 Contacts' website, including a light blue background and a discount offer.

1-800 Contacts has a long history of bringing -- and settling -- similar cases.

Between 2004 and 2013, the company sued or threatened to sue at least 14 competitors for alleged trademark infringement, arguing that its trademark was violated when rivals used the phrase “1-800 Contacts” to trigger a search ad.

Thirteen of the competitors settled with 1-800 Contacts by agreeing to restrict the use of its trademark in search advertising.

Only Lens.com fought the lawsuit, which ended in a ruling largely in Lens.com's favor. (Warby Parker referenced Lens.com's victory in Friday's letter to Castel.)

Those prior lawsuits were at the center of an antitrust complaint by the Federal Trade Commission against 1-800 Contacts. In that matter, the FTC alleged that 1-800 Contacts wrongly restricted competition by forging deals with rivals that limited their ability to advertise.

The appellate judges wrote that even though trademark agreements “limit competitors from competing as effectively as they otherwise might,” courts “owe significant deference to arm’s length use agreements negotiated by parties to those agreements.”

1-800 Contacts sued Warby Parker soon after that decision came down.

Warby Parker says in its letter to Castel that even if 1-800 Contacts' allegations were proven true, they wouldn't show that Warby Parker infringed trademark.

Warby Parker notes that a federal appellate court in New York previously ruled that even if some potential customers are “diverted” by search ads to a competitor's site, customers can quickly realize what occurred and correct any mistake.

“Mere diversion, without a showing of intentional deception, is not enough to sustain trademark infringement claims,” Warby Parker writes.

The company is asking Castel to set a deadline of December 3 for its official motion to dismiss the lawsuit, and January 3, 2022 for 1-800 Contacts' response.