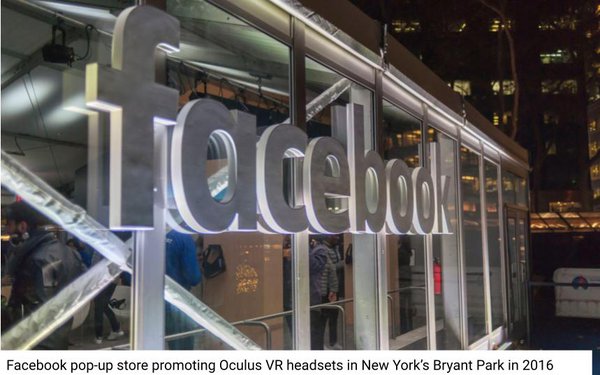 According to The New York Times, Meta -- formerly known as Facebook -- aims to build global brick-and-mortar retail stores for the devices being made by its Reality Labs division –– virtual reality headsets and someday, augmented-reality glasses.

Meta -- with more than 3.5 billion users across Facebook, Instagram, WhatsApp and Messenger -- would be the first tech giant to open brick-and-mortar stores.

Company documents viewed by The Times describe the purpose of Meta stores as making the world “more open and connected,” eliciting emotions such as “curiosity, closeness” and the sensation of being “welcomed.” All this while using headsets in a “judgement free journey.”

Leaked documents from former Facebook employee Frances Haugen offered thousands of pages showing a company choosing to ignore or failing to resolve a series of issues with their platform.

This is not the first time Meta has dabbled in physical retail space. In 2018, it announced pop-up shops for the holidays in nine different Macy’s locations. That same year, the company opened a pop-up shop in Manhattan’s SoHo district in order to feature its Oculus products.

If Meta’s brick-and-mortar retail stores become a reality, they would feature Portal devices, Oculus headsets and a “cool” version of smart glasses that Meta developed in partnership with Ray-Ban, which allow people to take photos and videos.