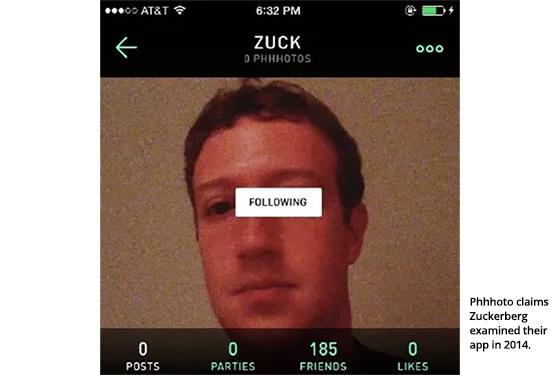 As of Thursday, a now-defunct photo-sharing app filed an antitrust lawsuit against Meta -- formerly Facebook -- for copying their product and then obliterating them.

Phhhoto founders Champ Bennett, Omar Elsayed and Russell Armand claimed that after approaching the start-up about a partnership in 2015, Meta CEO Mark Zuckerberg and other top executives developed a “slavish clone” of their app, also known as

The Phhhoto app, launched in 2014, allowed users to edit their photos and combine images into looping videos. Phhhoto was promoted by celebrities like Beyonce, Miley Cyrus and Katy Perry.

According to the lawsuit, as originally reported by The New York Times, “Facebook strung Phhhoto along for months without making meaningful progress on the supposed integration.”

In March 2015, the suit said that Instagram cut Phhhoto off from its “Find Friends” feature. Bryan Hurren, then Facebook's strategic partnerships manager, reportedly called one of Phhhoto's founders and “explained that Instagram was apparently upset that Phhhoto was growing in users through its relationship with Instagram.”>

In June 2017, Phhhoto was forced to shut down. “The actions of Facebook and Instagram destroyed Phhhoto as a viable business and ruined the company's prospects for investment,” the suit said.

Meta has dealt with previous scrutiny from lawmakers in terms of how it sees competition with smaller rival companies.

Emails released in 2020 after a congressional investigation showed Zuckerberg saying that Instagram “can hurt us meaningfully without becoming a huge business.” This was in 2012, just months before Facebook bought Instagram.

In December 2020, two antitrust lawsuits accused Facebook of hurting competition by purchasing or stifling smaller competitors. The Federal Trade Commission's case was dismissed by a federal judge in June, after failing to label Facebook as a monopoly.