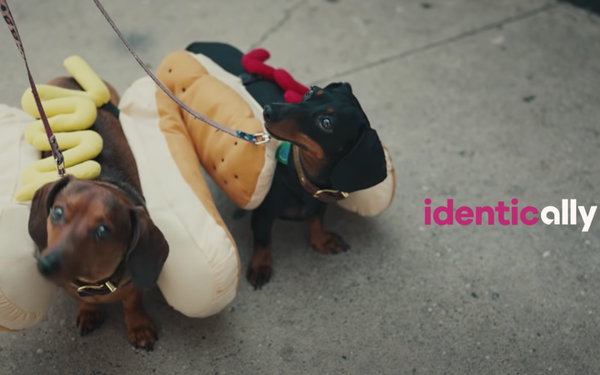 Ally is launching a campaign the financial services brand is calling its "widest-reaching in brand history."

Themed “We’re All Better Off with an Ally,” it celebrates real people in real-life moments with contextually powerful words that end in “-a-l-l-y,” a nod to the brand’s name.

Inspired by Ally’s campaign this past summer that shone a light on the importance of allies in helping elite unsponsored U.S. athletes pursue their dreams, the effort reinforces the idea that “we're all better off with an ally.”

Ally customers shared how important it was that the bank was there for them at the start of the pandemic, helping them navigate all of their moments -- big and small -- that require managing their money, says Andrea Brimmer, chief marketing and public relations officer at Ally.

The words and feedback from customers helped the company “crystallize the meaning of our brand promise and served as the inspiration for this new campaign,” she says.

The effort includes a 60-second TV spot running during SEC football games, "Monday Night Football" and other prime-time programming, and on more than 700 out-of-home units across nine U.S. cities. The brand is also launching its first TikTok campaign.

The campaign will be prominently featured throughout all of Ally's brand programming and properties. For example, it will be integrated with Ally’s collaboration with WarnerMedia, DC and Milestone Media to support Black and diverse creators in the comic book genre and with its NASCAR presence with Ally-sponsored driver Alex Bowman.