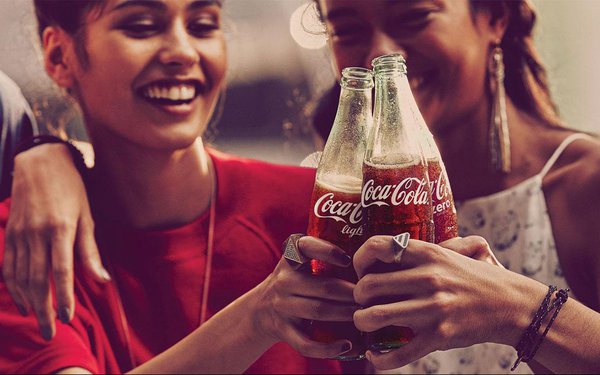 The Coca-Cola Company today named WPP its global marketing network partner after a comprehensive agency review that began in late 2020.

In the role WPP will manage end-to-end creative, media, data and marketing technology, across the company’s entire portfolio. The holding company has formed a dedicated unit, OpenX, to service the assignment.

The client’s estimated annual spending on measured media is more than $1.9 billion, according to agency research firm COMvergence. By region, the Asia Pacific area accounts for the largest share of spending at about $754 million with Europe, the Middle East & Africa accounting for $555 million. North America spend is estimated at nearly $490 million and Latin America at about $137 million.

Last year the company sharply reduced its total advertising budget, to nearly $2.8 billion from $4.2 billion in 2019, according to its latest annual report.

The company also announced that Dentsu has been named complementary media partner in selected markets where the company brings distinctive strengths.

TCC also confirmed that a “strategic roster of approved agencies” will have assignments going forward, including Interpublic’s McCann and Mercado and Publicis Groupe’s Publicis Worldwide and Leo Burnett “to provide access to the best creative minds, regardless of their location or affiliation.”

Prior to the review WPP, Dentsu and IPG were the main incumbents, while Publicis had a small single-digit piece of TCC business, according to sources.

But WPP is the big winner going forward, with OpenX providing end-to-end capabilities across creative, media and data, including a common data and technology platform that connects the client and all marketing partners.

The client said the scope of the partnership with WPP “is unprecedented for Coca-Cola and is expected to be a catalyst in the transformation of marketing effectiveness and efficiency.

"It is also unprecedented for the industry, given its scale and geographical reach, including more than 200 countries and territories, the company’s five-category beverage portfolio, and Global Ventures, including innocent (juices, smoothies) and Costa (coffee).”

Manolo Arroyo, global chief marketing officer for The Coca-Cola Company, stated, “This model is about seamless integration of the power of big, bold ideas and creativity within experiences, amplified by media and data. It will enable us to create end-to-end experiences that are grounded in data-rich insights and optimized real-time, at scale, as we learn from consumers.”