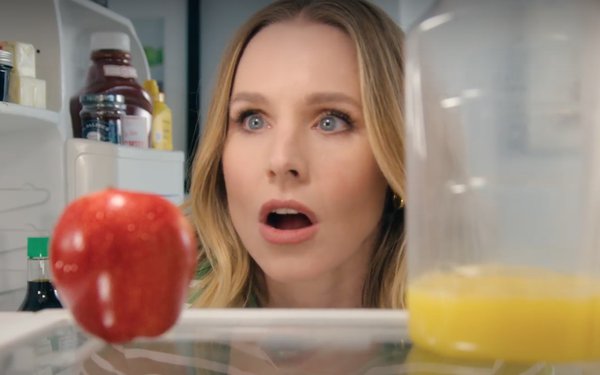 The company says that over the next year, Bell is set to appear in both video and audio ads scheduled to run online, as well as on radio, connected TV and social media platforms.

The company selected Bell because “people admire how she openly shares her daily life in ways that are both honest and humorous,” says Molly Snyder, Shipt’s chief communications officer, in an email to Marketing Daily. “Kristen is authentic, relatable and a great fit for our brand. Life isn’t easy, and if we can simplify our customers’ lives by providing a personalized delivery experience from shoppers you can trust and retail partners you know and love, then we are happy.”

Shipt, based in Birmingham, Alabama, says the new campaign is part of an effort to raise brand awareness, differentiate its services from competitors, and connect with Bell’s followers.

Debut creative shows Bell stalking her Shipt shopper, wowed by her attentiveness to detail, right down to Bell's favorite brand of cranberry sauce. It also plays up Shipt’s ability to select for consumer's dietary preferences within the app.

Morgan Sackett and Dean Holland, who worked on shows like “The Good Place,” “Parks and Recreation,” and “Veep,” wrote and directed the ads.

Snyder says the goal “is to tap into Kristen’s loyal fan base to generate greater brand awareness for Shipt, emphasize our points of differentiation, leaning into the personalization and human connection.”

Besides serving Target, Shipt also delivers for 130 retailers in 5,000 cities in the U.S. In a recently released business snapshot, it says its orders have increased 225% since 2019.