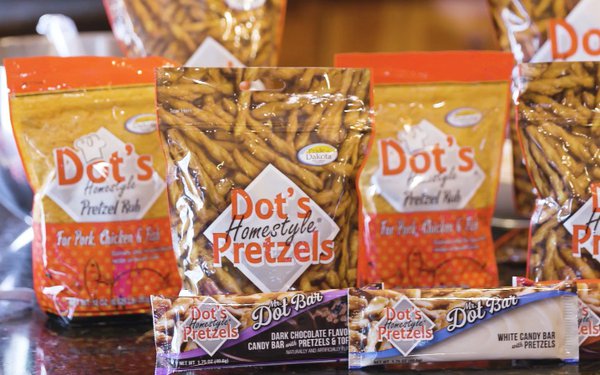 Hershey’s journey from sugary sweets to savory snacks is about to get a big boost from an agreement to acquire the Dot’s Homestyle Pretzels brand along with manufacturer Pretzels Inc.

Announced today, The Hershey Company’s deal with Dot’s Pretzels LLC of North Dakota is another addition to Hershey’s snack portfolio, which was bolstered in 2017 with the addition of SkinnyPop popcorn and Pirate’s Booty cheese puffs in 2018.

In purchasing Pretzels Inc., which manufactures for Dot’s and other companies, Hershey expands its production capabilities at a time when supply shortages are still hindering many CPG marketers.

Dot’s was the #3 pretzel brand and the fastest-growing among brands with sales exceeding $10 million in the 52 weeks ended Oct. 10, according to Hershey.

The total price for both transactions—which must pass regulatory approval prior to an anticipated year-end closing—is approximately $1.2 billion.

According to Hershey, Dot’s had estimated net sales of $160 million during the 12 months ended Sept. 30 while the estimated aggregate net sales for the two businesses totaled approximately $275 million.

Dot’s is known for its seasoned pretzels, candy bars, Cheese Curls and Pretzel Crumble—which can be used as a breading for fish and meat, or sprinkled on cake and ice cream.

Founder Dorothy Henke explains the company’s origins in this video.

Pirate’s Booty reached $500 million in retail sales over the past year, while SkinnyPop is now the company’s fifth-largest brand, Hershey executives said last month in the company’s Q3 earnings presentation.

According to senior vice president and CFO Steve Voskuil, Hershey cut its North America advertising and related consumer marketing by 5.2% in the quarter but increased spending by double digits for SkinnyPop and Pirate’s Booty.

“We anticipate a year-over-year decline in advertising spend in the fourth quarter as we saw in the third quarter,” said Vuskuil.