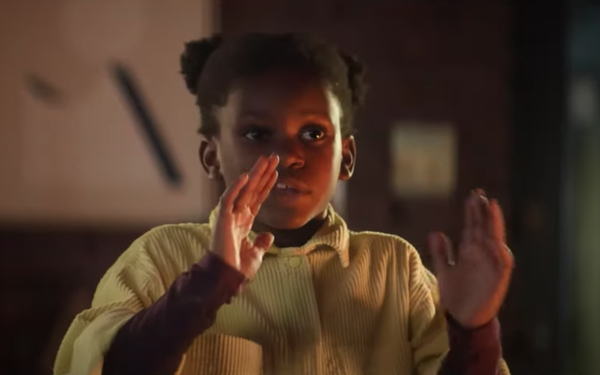 Payment network Affirm is calling out ill-informed decisions people make during holiday events in a digital and OOH campaign.

The campaign, “Holiday Smart,” from Momentum Toronto, illustrates a few of the stressful, risky and regrettable situations that people may find themselves in this year.

One example of “stupid” include “Edibles before the in-law’s holiday dinner,” while “shady” choices might be “Gifting your Secret Santa match with an IOU” or “Gifting gray sweatpants to your roommate’s boyfriend.” One “risky” choice is “Gifting your husband a noise-hair trimmer.”

A 30-second digital spot, “Little Director,” shows the “stressful” decision of “Agreeing to be in your niece’s TikTok video” and features a bossy little girl intent on “going viral.” The smart” decision is “Paying for a comfy chair at your own pace.” The spot is narrated by actress and Affirm partner Nina Dobrev.

Out-of-home advertising will run in Atlanta and Chicago.

The campaign comes on the heels of an announcement by Klarna, the global retail bank, payments and shopping service, that it is expanding its services for U.S. consumers and retailers by offering flexible payments for subscriptions, one of the fastest growing sectors of the service economy.

Klarna allows consumers to spread their purchases into four interest-free payments and track everything in the Klarna app.

The pay-over-time industry is growing at an accelerated pace -- more than half of consumers plan to pay over time this holiday season, according to Affirm. Sixty percent of consumers are anxious about holiday shopping this year -- and staying within budget is their biggest stressor, according to the company.