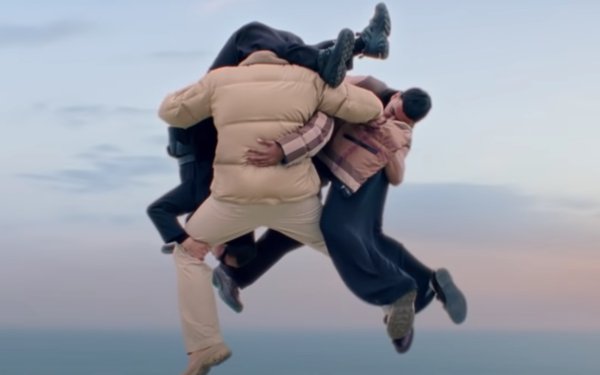 Image above from Burberry's latest ad.

While COVID-19 has been hard on luxury brands, Bain & Company's Luxury Study says they've not only battled back to reach 2019 levels, they're poised for epic growth. In its 20-year history, the research company says "it has never seen a year of surging performance to match 2021."

Propelled by strong spending in the U.S. and China and the ongoing strength of digital, Bain forecasts that personal luxury good sales will finish out the year 29% higher than last year, at $324.3 billion. That's 1% higher than 2019. Bain predicts even more strength in years to come, with growth between 6 and 8% annually through 2025.

Overall luxury spending, however, which includes a broader definition of luxury goods and experiences, still has not made it back to 2019 levels.

The report says that Gen Y and Gen Z are still driving gains, and it predicts they will account for 70% of the market by 2025.

The report, a joint effort with Fondazione Altagamma, the Italian luxury goods manufacturers' industry foundation, says U.S. gains are fueled by shifting geographies, "with increased importance of secondary cities and suburban areas." The Americas is now the most significant global market for luxury, at 31% of the worldwide market, followed by China at 21%.

"The changes in the luxury industry over the past 20 years have been remarkable, and the emergence from the COVID crisis comes as a renaissance for luxury brands," says Claudia D'Arpizio, a Bain & Company partner and lead author, in its announcement. "Where once it was all about status, logos and exclusivity, luxury brands are now actors in social conversations, driven by a renewed sense of purpose and responsibility."

Bain says profitability is improving, too. "We forecast that the industry average margin for earnings before interest and taxes will almost double in 2021 to 21%, in line with 2019."

Separately, Burberry released its earnings for the first half, which bear out some of Bain's predictions. Revenue for the six months gained 38%, and same-store sales grew by 37%. Compared to 2019, they advanced 1%.

The British retailer, striving to sell fewer marked-down items, says sales of full-price items are growing at double digits, almost doubling in the Americas. In South Korea, these sales gained 80%.

Burberry has converted 15 of its store to a new concept, aimed at higher-spending customers. Another 50 locations are expected to be switched over soon.

And sales through its digital channels are also gaining. The company credits the gains with localized marketing efforts, like its recent takeover of Miami's Goodtime Hotel supporting a summer collection.

It's also calling out some of its digital marketing efforts. It partnered with the multiplayer game "Blankos Block Party" to create its first NFT, with all 750 units selling out within 30 seconds.