Restaurant Brands International Will Acquire Firehouse Subs For $1B 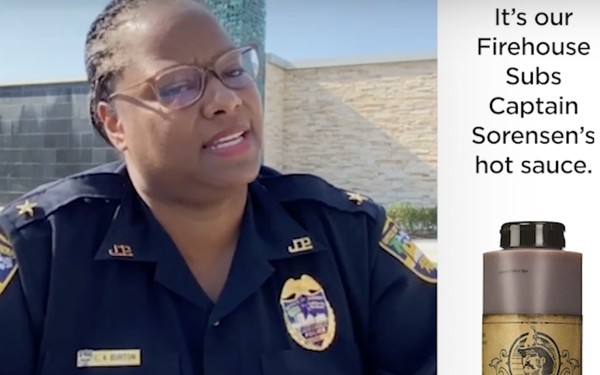 In its biggest acquisition since Popeyes in 2017, Restaurant Brands International will add sandwich-focused QSR chain Firehouse Subs to its portfolio in a $1 billion cash deal.

In addition to submarine sandwiches, Firehouse sells chopped salads, chili and soups and side dishes.

The deal comes amid declining comparable-unit sales at Burger King and Popeyes. System-wide comparable sales at Tim Hortons rose 8.9% in Q3, but the chain only has about 500 locations in United States and does not break out those results. Most are in Canada and some are overseas.

Since 2010, Firehouse has increased its number of restaurants three times to approximately 1,200. System-wide sales have quadrupled to an expected $1.1 billion for 2021.

In October, year-to-date comparable U.S. sales for Firehouse were up 20% compared to 2019. Franchisees own and operate 97% of the company's restaurants across 46 U.S. states, Canada and Puerto Rico.

Restaurant Brands’ recently ended Q3 saw a 1.6% decline in comparable sales at U.S. Burger King units. On a conference call with financial analysts, the company blamed the decline on “the underperformance of value offerings” and a shift from paper coupons to digital.

“It's been traditionally an important channel, but the effectiveness has eroded a bit over time, especially with the younger consumers,” CEO Jose Cil said in explaining the phasing out of paper coupons.

Meanwhile, Popeyes’ U.S. comparable sales in Q3 declined 4.5% year over year, primarily driven by traffic declines and “to a lesser extent, less effective impacts from the offers we had in the market.”

Firehouse's loyalty program has nearly 3.5 million subscribers and adds 50,000 members customers each month, according to a presentation by Restaurant Brands.

In this commercial from 2017, a fire chief in Texas explains how a grant from the nonprofit Firehouse Subs Public Safety Foundation was instrumental in the aftermath of Hurricane Harvey in Texas.

According to Firehouse, the foundation has granted $62.5 million in essential, life-saving equipment and other support to public safety organizations.