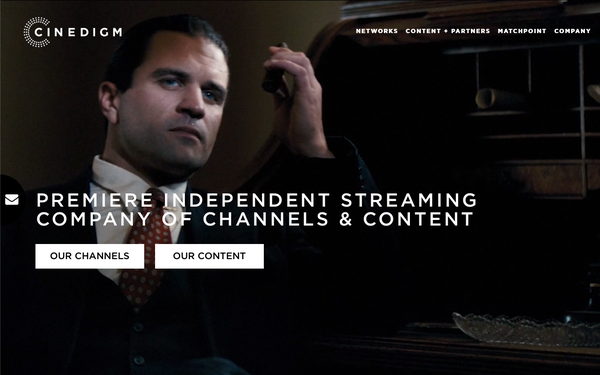 The company says revenues grew with the addition of new streaming channels as well as improved distribution on smart TV platforms and “deploying new advertising technology from streaming partner Amagi.”

During its most recent fiscal quarter, it has launched streaming platforms including Real Madrid TV and Robert Rodriguez's El Rey Network, the company says.

Concerning key metrics, total subscribers for all its streaming platforms is now 717,000. The company hopes to grow to 40 million subscribers in the next three to five years.

For the first half of the year, total streaming minutes grew to 2.59 billion, from 778 million in the year-ago period.
Cinedigm says it has expanded the distribution of its subscription and linear channels to include Comcast Xfinity, Dish's Sling TV and Youtube TV.