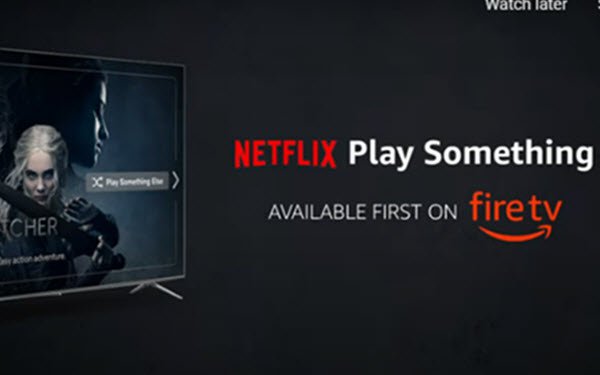 Archrivals Netflix and Amazon have sublimated their streaming-platform competition enough to cooperate on a content-discovery feature expected to benefit both.

The companies have announced a new Alexa Voice feature that is, at least for now, exclusively available on Amazon’s Fire TV platform.

Fire TV users in the United States and Canada who have Netflix activated and an active Echo speaker or app in use can now say “Alexa, play something on Netflix” to surface Netflix shows generated via algorithms employing their user habits.

This is possible because Netflix has linked its “Play Something” automatic selector — a button already featured at the top of its TV and mobile apps — to Amazon’s voice-controlled artificial intelligence and streaming hardware.

The promotions say the feature is available “first” on Fire TV, indicating that Amazon’s exclusive likely has an expiration date.