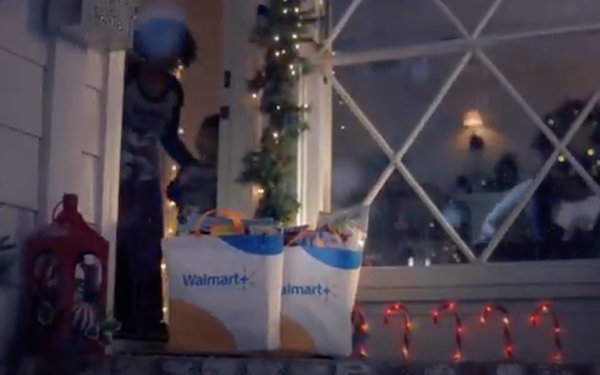 Walmart's new financial results sailed past earlier forecasts, causing the retailer to raise its guidance for the remainder of the year. The report comes amid good news in national retail spending, with the new MasterCard Spending Pulse predicting a 10% gain in Thanksgiving Week spending.

Walmart says its comparable-store sales in the U.S. gained 6%, excluding gasoline. And even as shoppers are increasingly turning to physical shopping, the retailer’s digital penetration is at record levels.

Revenue for the Bentonville, Arkansas-based company climbed 4.3% to $140.5 billion. Ecommerce sales in the U.S. advanced 8% for the quarter, jumping 87% from two years ago. Sam's Club also did well, with comparable sales rising 13.9% and 25% on the two-year-stack comparison.

The robust results led the retailer to hike its fourth-quarter forecast, and it is now predicting a rise of about 5% for the fourth quarter, excluding fuel, and a 6% improvement for the full fiscal year.

Walmart’s grocery sales gained in the high-single digits, with food posting the biggest climb in six quarters, buoyed by the retailer's special strength in fresh foods, as well as pet, baby and beauty products. Sales in its health and wellness division rose in the mid-teens, propelled by COVID-19 vaccinations and increased prescription revenues.

Of course, some of Walmart's increases reflect rising prices, but company executives say it is better positioned than many competitors to handle inflation. And while competition at the value-end of the grocery world is increasing, its lure of "Everyday Low Prices" continues to resonate with shoppers eager to save money.

But Walmart's news, coupled with the U.S. Census Bureau's just-released October retail numbers, paint a picture of people eager to shop and ready to celebrate a slightly-less-COVID-y season.

Mastercard SpendingPulse says it expects a 10% jump in U.S. retail sales during Thanksgiving Week, with a 12.2% gain from 2019, excluding auto and gas.

The forecast anticipates a 7.1% gain in ecommerce spending based on all payment types, reflecting a 50.2% jump from 2019.

"Holiday lights are shining bright for retailers this year," says Steve Sadove, senior advisor for Mastercard, in its report. "The consumer is strong and spending. With discounts in short supply, product innovation, availability and sustainability will be deciding factors."

The survey forecast a gain of 20% on Black Friday, following last year's subdued results. But bargain hunters may face disappointments. With strong demand expected for gifts in apparel, electronics and jewelry, stores are likely to balance discounts against product inventory and shipping constraints.