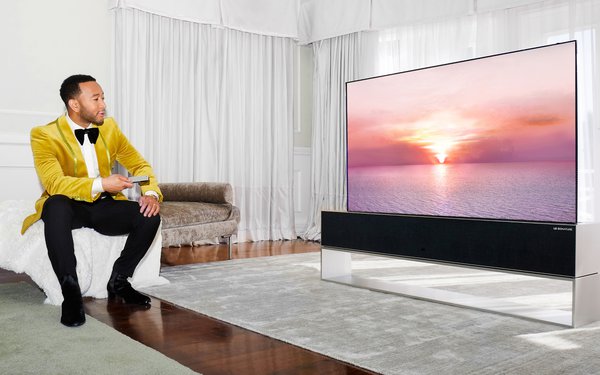 A music video for Legend’s new holiday single “You Deserve it All” stars in the campaign for LG Signature, the firm’s high-end product line. The campaign, from Omnicom’s PHD Media, also includes paid media on social and digital channels, out-of-home billboards in New York’s Times Square, and print magazine ads.

The brand says “You Deserve it All” was written for it by Legend and Meghan Trainor. The music video, featuring several LG Signature products, will debut in December.

Legend’s ambassadorship will also include a spring 2022 tie-in with the iconic musician’s wine label, LVE: Legend Vineyard. This NAPA Valley event will showcase the ability of the LG Signature Wine Cellar to maintain precise temperature and humidity control.

LG Electronics USA’s three-year partnership with the NCAA, CBS Sports and Turner Sports will include the streaming of up to 50 NCAA championships on its LG Channels app as well as a new NCAA Championships Channel on LG Smart TVs.

The events on LG Channels will be available both live and on-demand, while the NCAA Championships Channel will also offer behind-the-scenes content from student athletes and their schools, and recaps of NCAA championships throughout the year.

The NCAA Championships Channel will air highlights and games from previous college championships. The Fall 2021 NCAA championship games will be available on-demand starting mid-November, with live streams expected to be available starting for the Winter season in the first quarter of 2022.

LG said it, CBS Sports and Turner Sports “will work closely together on integrated marketing activities to celebrate this momentous partnership.”