Chobani Files For IPO As It Continues To Expand Beyond Yogurt 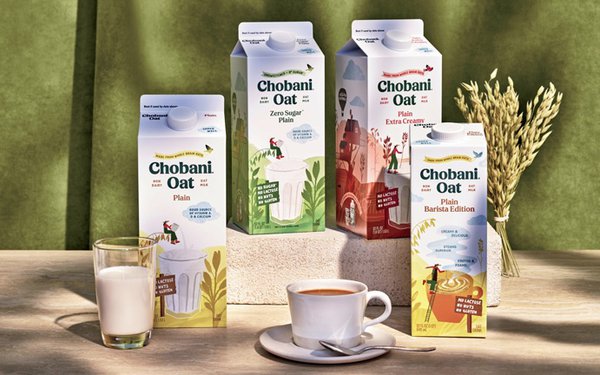 Greek-style yogurt pioneer Chobani has managed to gain the #1 position in overall U.S. yogurt sales -- all while failing to generate profits over the past five years under private ownership.

Now the brand is hoping to maintain its lead in yogurt while expanding into oat milk, coffee creamers, ready-to-drink coffee and plant-based, probiotic beverages with the assistance of an initial public stock offering.

In an IPO filing for the Nasdaq stock exchange on Wednesday, Chobani Inc. said it plans to raise $100 million—although that figure could change. Its total outstanding long-term debt was about $1.4 billion in September.

Chobani calls itself an “anti-traditional” CPG company that challenges “the old, staid and conventional status quo represented by our legacy competitors by creating food that is delicious, natural, nutritious and accessible.”

The brand of Greek-style yogurt was introduced in 2007—13 years after founder Hamdi Ulukaya immigrated to the United States from Turkey. By 2013, the company’s net sales were about $1.1 billion, according to the IPO document.

In 2016, Ulukaya rejected an offer from PepsiCo to acquire a majority stake in his company. Prior to that overture, PepsiCo had partnered with German company Theo Müller to market Müller-branded yogurt, but that venture ended in 2015.

Earlier this year, PepsiCo cut a distribution deal with Chobani.

In addition to using a single brand name across categories, Chobani cites as a major point of differentiation the speed with which it introduces new products.

One example of this “aggressive, go-to-market innovation model” is snacking-oriented Chobani Flip. Introduced in 2013, it went from “idea to shelf in less than 12 months.”

Similarly, Chobani became #3 in the oat milk category after “less than six months on the shelf”—having gone from “idea to commercial availability in less than 12 months.”

Earlier this year, Chobani launched a national campaign promoting new products like oat milk and probiotic beverages. But its main revenue driver going forward will continue to be yogurt.

Its ad expenditure during the first quarter of this year was $10.4 million.

For the nine-month period that ended Sept. 25, Chobani generated net sales of $1.2 billion and reported a net loss of $24 million.