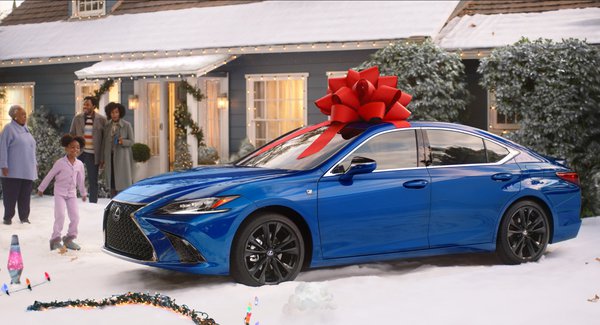 Lexus and Toyota are bringing back their holiday-themed creative campaigns despite an ongoing vehicle shortage that may actually make putting that bow-adorned car in the driveway more difficult.

While individual Toyota dealers are promoting the annual Toyotathon sales event, no national spots have been announced, according to a spokesperson.

More than just a sales event, the campaign celebrates people coming together during the holidays, said Vinay Shahani, vice president of Lexus marketing.

The first spot, “Runway,” shows a child helping Santa find the right house by turning her driveway into a holiday-light-filled runway. The second spot, “Wonderland,” focuses on a tween enlisting his friends to collect seasonal decorations in his dad’s all-new 2022 NX F Sport to transform the town square into a winter wonderland.

Toyota seems to have been favoring Lexus production of late, as luxury usually does better in the final months of the year, per Cox Automotive. Lexus supply climbed throughout October as did its volume-leading RX SUV. Toyota said all plants will return to normal production and even begin making up lost production in December.

The Lexus “December to Remember” event runs through Jan. 3.