TikTok And The Growth Of Unfiltered UGC 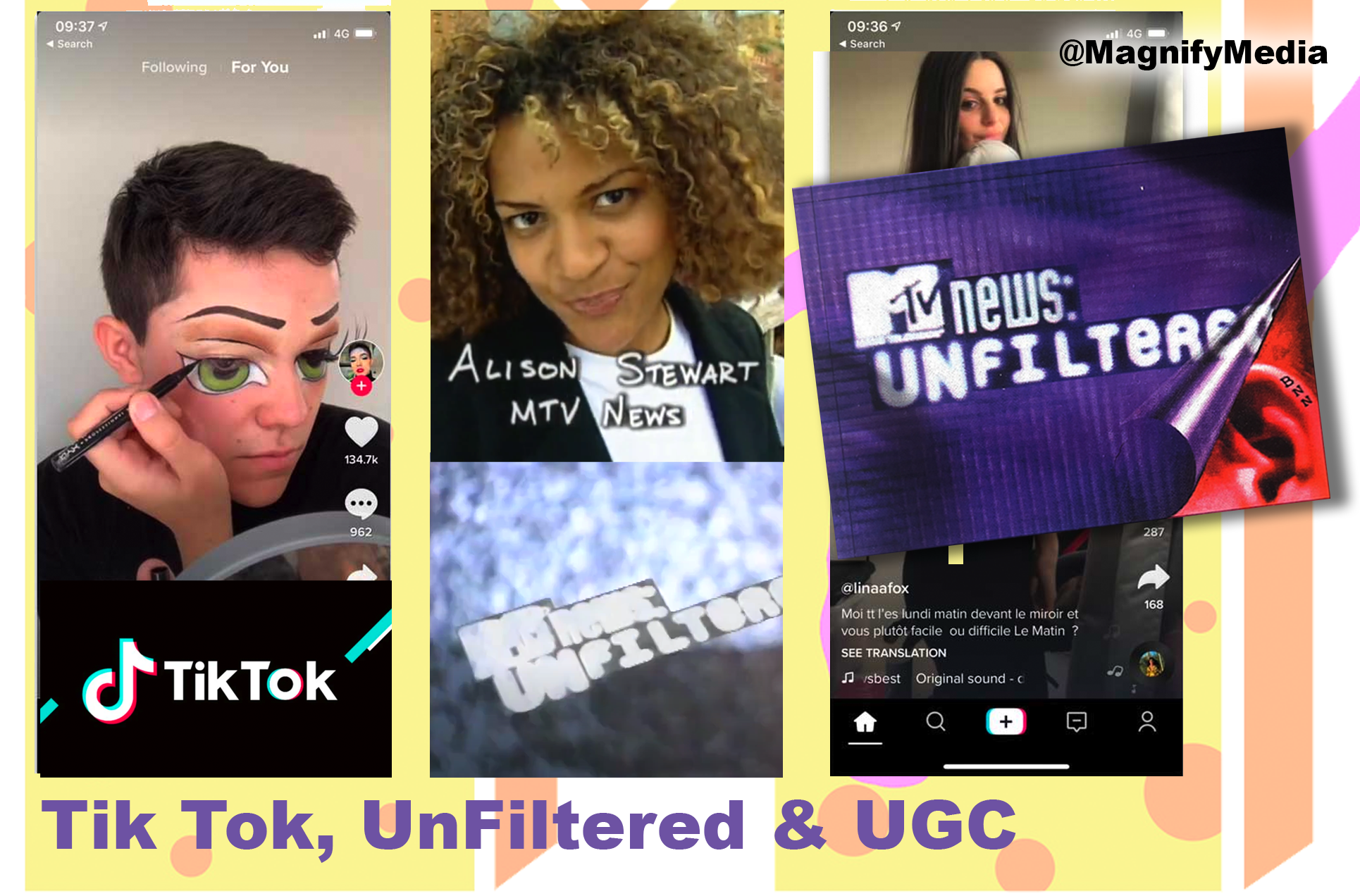 There used to be a line between “professional” content, and “user-generated content,” known as UGC. Today, the extraordinary growth in content created by real people has set the media world on fire.  And there's no better way to explore this fast-moving trend than to look at TikTok.

Let's start with the data.

TikTok has over 1 billion users and is available in more than 150 countries. It's already bigger than Snapchat, Pinterest, and Twitter, and is quickly about to eclipse Instagram.  Users spend an average of 52 minutes per day on TikTok, and younger users aged four to 15 are on Tik Tok 80 minutes per day.

If you check out TikTok, you might think the content seems a bit handmade or even amateurish -- but that's the point. TikTok's homemade feel embraces individuality over professional polish. It's full of memes and challenges to invite participation and embrace makers and viewers' authentic selves. Old world media's authoritarian monologues have been replaced by a group dynamic.

Of course, TikTok isn't alone in this. Twitter, Reddit, and a slew of other chat platforms all embrace user content. But in terms of user-generated video and mobile creation, TikTok leads the pack. The platform is driven by participation -- a factor that Netflix is paying attention to, because peer-to-peer participation is VERY different from old-style broadcasting to a passive audience.

Here's just one example. If you don't have Tik Tok on your phone, download it and then search for the hashtag #Maincharacter.  Users have created videos in which they perform as the main character in a Hollywood movie. How popular is this storytelling frame? It's been viewed 5.2 billion times.

Just for comparison, Netflix has stated that "Squid Game" had "reached" 111 million viewers, making it the biggest series launch in the streaming service's history. It's TikTok's billion versus Netflix's million.  And then there's the business model. According to The Guardian, "Squid Game" cost about $21 million to make. On TikTok, the creative content is all provided to the platform for free. The makers are engaged in creative play, and while some users are building influencer brands to monetize, the large majority aren't in it for the money.

TikTok pays influencers $500 to join the platform -- little more than beer money. TikTok had 4 million downloads in the U.S. in November, second only to Disney+. And TikTok's Q4 2019 revenue grew over 300% from the previous year. TikTok runs ads. There are several kinds of TikTok ads, among them in-feed ads, brand takeovers, and branded hashtag challenges.

The growth of user-generated content is driven by a powerful nexus of technological innovations and social changes. When I launched "MTV News: Unfiltered," the iPhone had yet to be conceived. The idea of having a broadcast platform in your pocket wasn't even imagined. Still, viewers were hungry to be participants, not observers, of media.

Here's just one example: "FreeStyle Walking." These kids wanted their story told, they wanted authenticity, and they wanted to be playful and authentic content creators.

After four years on MTV as an eight-episode per-year series, we reached out to grow the UGC franchise and got two offers to make the series weekly on prime-time television. The first was from Fox, which fell apart in the contractual negotiations, and the second was Barry Diller's IAC, then branded Studios USA. Diller, who hadn't seen the pilot until we met at NATPE in Las Vegas, shrugged his shoulders and said with an air of certainty, "I just don't think real people are that interesting."

He may not have been interested in “real people” -- but here we are, with consumers evolved into creators and audiences growing at a massive scale, challenging the time new audiences spend with so-called professional content.

There is a driving drumbeat of change in how video is made and shared. People are using the tools of TikTok to create provocative, playful, engaging content, with their phones as both creative platforms and broadcasters.

And there’s one certainty for advertisers and conventional mass media: We only have so many hours in the day. So when users are on TikTok 80 minute a day, we know they're not watching Netflix,  Hulu or HBO Max during that time.

UGC is here to stay, and the connection it makes between makers and audiences is sure to have an expanding impact on how we create and consume media.