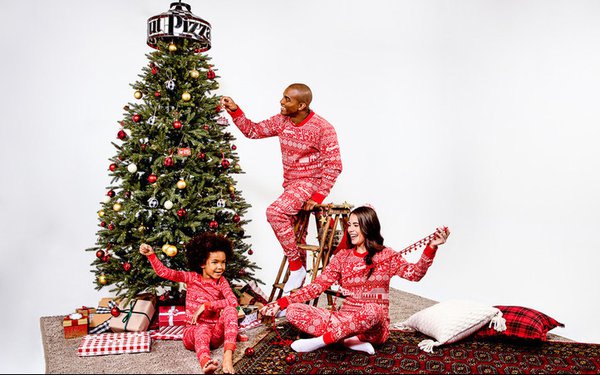 KFC may have stolen the season's early headlines with its hideous holiday bucket sweaters, but other QSR brands -- including Pizza Hut, Dunkin' and TGI Fridays -- are introducing their swag style. And they are using everything from augmented reality to TikTok to sell their seasonal style.

The Plano, Texas-based chain says the idea grew from people's reactions to last year's ads, which showed a family that took their Pizza Hut devotion pretty seriously. "Fans were asking us to recreate the ornaments, so we did plus a whole lot more," says Lindsay Morgan, chief marketing officer, in its press release.

And the real push, of course, is the comeback of the Triple Treat Box, which combines pizza, breadsticks and mini cinnamon rolls as a seasonal promotion.

Not to be outdone, Dunkin' is also readying new merchandise for the season, including an exclusive collection on TikTok. Playing off the "Tell me without telling me" trend, it's using a hashtag contest to inspire customers to "Tell Me You Love Dunkin' Without Telling Me You Love Dunkin.'" The lineup includes a Dunkin' sprinkle blanket pullover, onesies, fuzzy slippers, hoodies and dog bandanas.

It's also planning more gamification through its loyalty program, celebrating a) December and b) a month with five Fridays.

And it's introducing a new cocktail menu, including concoctions like Ultimate Claus for Celebration, a blend of vodka and bitters poured over green cotton candy, and the Merry Margarita, with tequila, triple sec and cranberry juice.