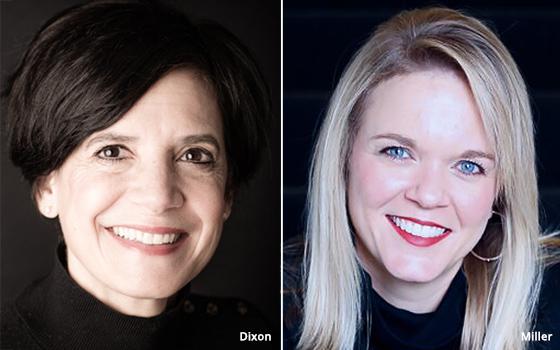 Dixon was previously CFO and adds COO responsibilities to her remit. Miller had been CMO.

In her dual role, Dixon will lead business planning, recruitment, project management and production, and oversee the agency’s Head of Production and Head of Operations.

Miller will now be responsible for client and employee experience, their strategic methodology, as well as business development and communications.

Monger, a 13-year industry veteran was previously head of account management at BBH New York, while Fink joins from Droga5 where she served as Communications Strategy Director.

The promotions and new talent follow the opening of the agency’s New York office earlier this year. They also follow the recent additions of Will Burghes (head of marketing science) and Vince Lim (head of creative) to the New York office.

Since hiring the first employee for the New York office in March, the new office has added 20 new people, contributing to the growth of the entire agency’s team – across New York and San Francisco – by 16%. In the past four months, Argonaut has won two new clients, The Zebra and an undisclosed CPG brand.