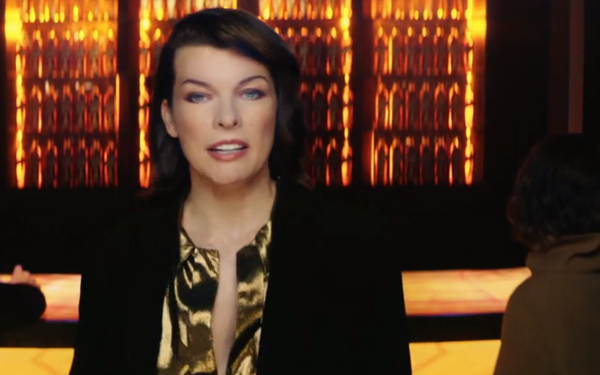 Milla Jovovich stars in a new campaign for Johnnie Walker in which she declares, “I could tell you about my life, but just like Johnny, I prefer to walk.”

The ad, via Dept, then shows a montage of Jovovich at a fashion shoot, at a table with others “celebrating milestones” -- and, of course, walking.

Directed by Paul WS Anderson, who is known for the "Resident Evil" series and "Alien vs. Predator," the ad emphasizes constant motion. “The founder of Johnnie Walker knew that the greatest lives don’t happen in a straight line,” said Dora Fejes, senior brand manager whisky, Diageo Eastern Europe. “Progress occurs when you take unexpected turns and risk it all as you walk towards your own intrepid frontiers."

Manuel Di Tolve, creative director, Dept, added, “We wanted to create a feeling of constant motion. The real walk never stops, so our camera keeps pulling back to match the pace.”

The ad maintains the brand’s “Keep Walking” tagline, which it has used for more than 20 years.