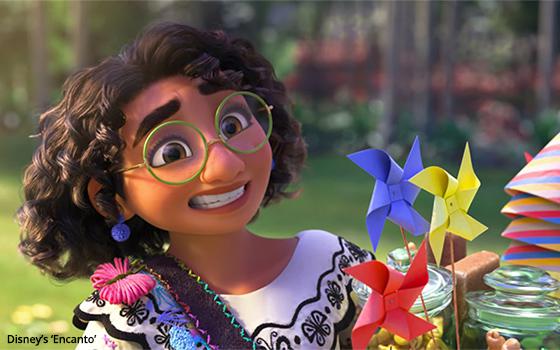 Although a potential upswing in COVID-19 cases is looming, over the long Thanksgiving weekend, moviegoers boosted box-office revenue higher versus the week before -- around 17%, according to Comscore.

Still, the business was way off the totals for previous Thanksgiving periods -- about half the average revenue take for the holiday period.

Looking at the complete Thanksgiving weekend -- the five-day period from Wednesday though Sunday -- revenues amounted to $132 million, according to IMdb’s Box Office Mojo. In 2019, the five-day Thanksgiving holiday weekend brought in $243.8 million.

A year ago, under the strain of the COVID-19 pandemic, box-office revenue delivered $20.3 million.

For this Thanksgiving, two movies each posted $20 million-plus revenue for the three-day weekend totals: Walt Disney’s new animated movie “Encanto” (at $27 million) and Sony’s “Ghostbusters: Afterlife” (at $24.5 million), now in its second theatrical week. In third place was MGM/UA’s “House of Gucci,” which took in a sturdy $14.2 million in its debut week.

Through five days of the Thanksgiving weekend, "Encanto" was at $40.3 million, while "Gucci" came in at $21.8 million.

Disney spent heavily on TV advertising over the last two weeks for “Encanto” -- getting an estimated 1.03 billion impressions from 2,752 equivalized 30-second spots, with a paid advertising and TV promotion advertising value estimate of $8.9 million, according to iSpot.tv.

Further down in second place in TV advertising was “House of Gucci” -- earning 679.9 million impressions from 1,327.5 equivalized units, from an estimated $7.2 million in national TV spend.

Theatrical movie business is still down 65% year-to-date from the pre-pandemic 2019 year total of $10.0 billion.