Will You Plug In Your Brain? 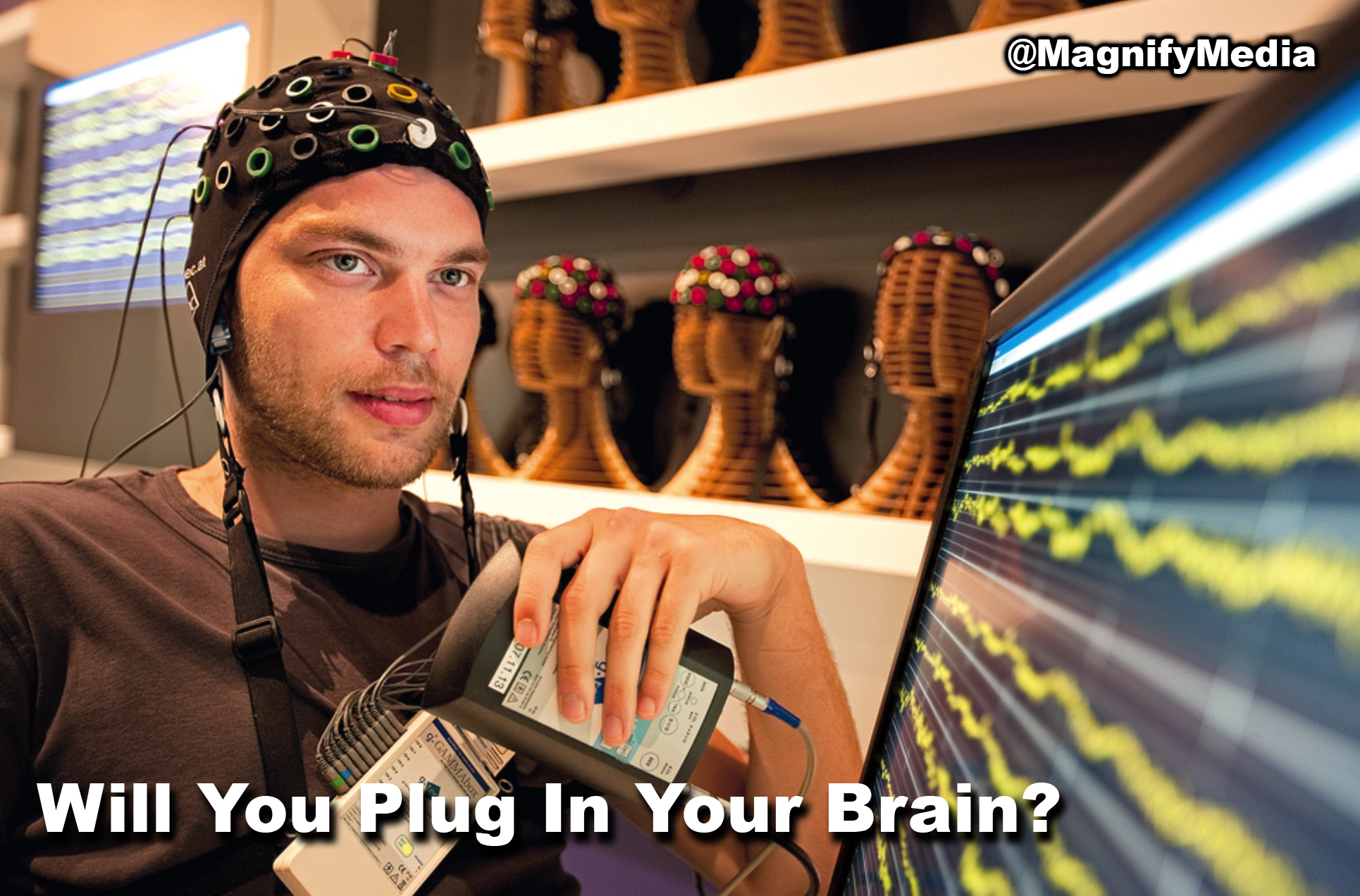 Before you say that you’d never let a bunch of computer electrodes be connected to your brain to the internet, you might want to check in your ears. Chances are, you’re wearing AirPods -- or, if not, the person next to you on the subway certainly is.

A little-known field of computer science called brain-computer interface (BCI) is rapidly moving out of labs and into the real world. Simply put, the idea is to connect brain activity to sensors and give humans and computers the ability to interact. No longer would you need to type or speak. Instead, you’d just think.

Researchers working at BrainGate, a nonprofit of neuroscientists and engineers, are aiming to help paralyzed people by giving them the ability to communicate. These researchers have decoded neural signals that represent the writing of letters and turn them into text.  It’s “brain-to-text,” and it’s working.

According to the report published in the magazine Science: “A 65-year-old man paralyzed from the neck down showcased the BCI, which allowed him to write 90 characters per minute. ‘We want to find new ways of letting people communicate faster,’ said Frank Willett, a research scientist at Stanford University and the Howard Hughes Medical Institute (HHMI), and lead author of the study. ‘This new system uses both the rich neural activity recorded by intracortical electrodes and the power of language models that, when applied to the neurally decoded letters, can create rapid and accurate text,’ said Willett.”

BCI is now a fast-moving sector in the world of venture investing. In 2021, the market tripled the $97 million raised in 2019.  Neuralink announced $205 million in Series C funding. Another BCI firm, Paradromics, recently announced a $20 million Seed round.

Among the leaders in the space:

Neurable describes itself as a company that builds “full-stack neurotechnology tools that interpret human intent, measure emotion, and provide telekinetic control of the digital world.”  It just raised $6 million  to work on building a next-generation brain-computer interface.

BitBrain offers both hardware products and software solutions in neurotechnology.  Launched in 2010 by researchers at the University of Zaragoza in Spain, BitBrain has brought academic brain-computer interface applications outside of the laboratory setting.

MELTIN MMI describes itself as “developing Cyborg Technology that connects bodies with machines.”  The company’s products examine biosignals to produce highly accurate real-time analyses of body movements.  The cyborgs can be operated by a human user wearing the robotic devices.

And more are on the way. NextMind launched a developer kit last year for developers who want to write their code on top of NextMind’s hardware and APIs.   Kernel plans to release its noninvasive brain recording helmet Flow in the near future.

The transformative technology of BCI researchers raises significant ethical questions. Some researchers argue that ethical issues associated with BCIs are no different than any other medical tech, while others fear that the “use of BCI is the greatest ethical challenge that neuroscience faces today.”