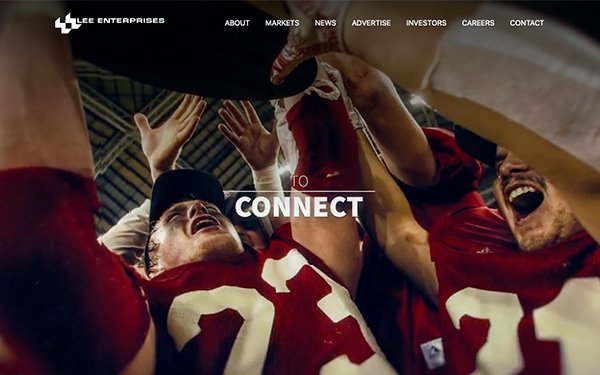 The newspaper chain Lee Enterprises is fighting back against an unsolicited bid from the Alden Global Capital to buy the company for $24 per share in cash, or about $141 million.

Alden, the hedge fund that owns more than 200 U.S. newspapers, already holds 6% of Lee, which owns 75 daily newspapers, including the Buffalo News and the Richmond Times-Dispatch, making it the fourth-largest chain in the U.S.

Last week, the Lee board of directors adopted a “poison-pill” plan to protect itself from the hostile takeover attempt while the company's board considers Alden’s offer. Under that plan, if Alden obtains control of more than 10% of Lee stock anytime in the next year, other shareholders would be empowered to buy shares at a 50% discount — or possibly get free shares for each one they already own.

The poison pill plan would effectively make it more expensive for Alden to gain a controlling stake in the company.

Then, Monday morning, Lee tartly dismissed what it called a “purported notice” nominating three members to the Lee board at its 2022 annual meeting. “Early last week, Lee promptly and properly denied a request from Alden seeking certain nomination materials because Alden failed to comply with the clear and substantive requirements of Lee’s bylaws,” the company said in a press release.

“Alden did not subsequently submit a revised request. Instead, late in the afternoon of the company’s Friday, Nov. 26 nomination deadline, Alden submitted a purported notice of nominations.”

“Consistent with its fiduciary duties and in consultation with its advisors, Lee’s board will carefully review Alden’s purported notice for compliance with the nomination procedures and other requirements that have been set forth in Lee’s publicly available bylaws for over two years,” the company continued. “After completion of its review of Alden’s purported notice, Lee will provide further information to shareholders.”

There is no need for Lee shareholders to take any action at this time, the press release concluded.

Alden, which acquired Tribune Publishing earlier this year, is widely viewed as a “vulture capitalist” investor, buying poorly performing American newspapers, stripping them of resources and staff, and mining them for profits.