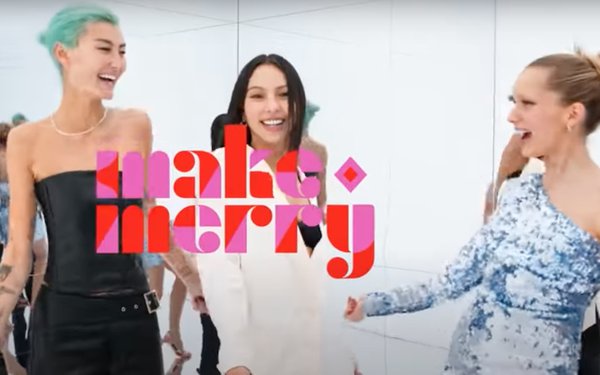 Image above from Nordstrom ad.

So America’s Thanksgiving weekend shopping spree didn’t set any records. And online spending -- gasp -- declined on Black Friday. Still, retail economists say the turnout is better than initially expected and indicates that shoppers plan to make plenty of merry before the year ends.

The National Retail Federation reports that 179.8 million unique shoppers made in-store and online purchases during the holiday weekend, beating its initial prediction by some 21 million.

And while that number is a decline from the 186.4 million last year, it’s still in line with the four-year average.

Spending also slipped somewhat, with an average of $301.27 on holiday-related purchases, down from $311.75 last year. Most of that went straight to the gift list, with clothing, accessories, toys, gift cards, and certificates the most in-demand items.

The NRF, which defines the all-important holiday weekend as Thanksgiving Day through Cyber Monday, says its research also confirms that many consumers began shopping earlier in November. While that trend has been underway for several year, it intensified this year due to supply-chain concerns.

Companies like Amazon, Target and Walmart offered tempting deals earlier than usual, and that strategy is paying off. The NRF says that 49% of shoppers said they took advantage of early promotions before Thanksgiving.

That appears to have drawn people away from ecommerce. The NRF reports the number of online shoppers fell to 127.8 million for the weekend, down from 145.4 million last year.

The NRF says 51 million people shopped in person on Saturday, with 71% citing the importance of shopping small.

Black Friday continued to be the biggest day for brick-and-mortar sales, with 66.5 million. It also stole the show for online shopping, with 88 million people, once again outshining Cyber Monday, which had 77 million online shoppers.

Earlier this year, the NRF predicted total holiday spending will rise between 8.5% and 10.5%, to as much as $859 billion. That amounts to $997.73 per person, including gifts and other holiday items.