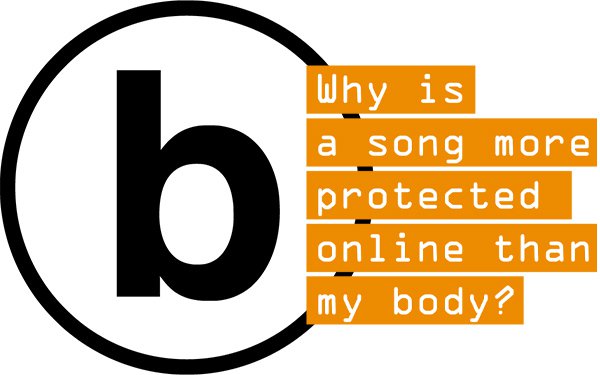 No one owns their bodies online.

This disturbing fact was made apparent today when the United Nations sexual and reproductive health and rights agency (UNFPA) launched its new campaign, “bodyright,” with a copyright symbol for human bodies.

With little regulation, it’s not surprising that reports of violence are widespread across the internet and social media platforms.

Cyberstalking, hate speech, doxxing, and the non-consensual use of images and video specifically plague women, girls, racial and ethnic minorities, the LGBTQ+ community, and other marginalized groups.

A report issued by The Economist Intelligence Unit makes it clear how prevalent and unenforced online violence currently is.

In 64 of the 86 countries studied in the Web Index, law enforcement agencies and courts are failing to take corrective actions to address online violence against women. Many countries simply do not have laws in place that deem online violence illegal.

With few legal rights to remove exploitative images of themselves, victims are prone to experience trauma that has a harmful impact on their personal, professional and economic livelihood.

Compared to the immediate removal of content when music and film copyright is infringed upon, it becomes clear that certain protections must extend to individuals and their online photos.

Enter “bodyright,” a campaign that zooms in on this continuing injustice, with the goal of creating a movement of people who hold policymakers, companies, and individuals to account.

In order to make perpetrators aware of the violence they are enacting against someone online, UNFPA created a specific symbol that lies at the heart of “bodyright”; can be added to any image directly by downloading the symbol on the bodyright webpage, or via stickers on Instagram stories.

In addition to the copyright symbol, UNFPA has also unveiled “The Virtual Is Real” a website featuring stories of victims and survivors of digital violence from across the globe. Highlighted are 11 women from 11 different countries, including the US.

UNFPA also partnered with Rakaya Fetuga, an award winning poet and spoken-word artist, to launch their campaign via video. A petition hosted by Global Citizen has also been made public to push actions to end digital violence and abuse.

In line with the recent proposed reform hearings of Section 230, UNFPA are calling out social media giants for their lack of responsibility for online violence. They joined the World Wide Web Foundation in its call to hold Facebook, Google, TikTok, and Twitter to the pledges they made at the 2021 Generation Equality Forum in Paris. Although, on their website, UNFPA state that to accomplish their goal of building a safe internet, they will need all platforms to adopt proactive detection measures of online violence.

With NFTs and the looming metaverse, society is likely entering a new era of copyrights and “ownership” of people’s images. For an equitable online experience, laws will need to be in place to protect online users from the violence UNFPA has made so clear.