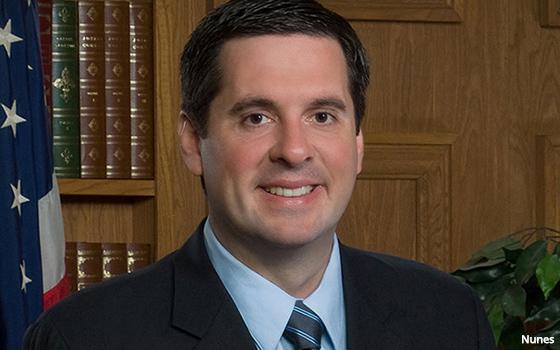 On the same day this was announced, it was disclosed that Digital World is being investigated by the Securities and Exchange Commission (SEC) and by the Financial Industry Regulatory Authority (FINRA).

The SEC filing is looking into “procedures relating to trading, the identification of banking, telephone and email addresses, the identities of certain investors, and certain documents and communications between DWAC and TMTG.”

SPAC-designed companies are publicly traded companies created for the purpose of acquiring or merging with an existing company -- in this case, the Trump Media & Technology Group (TMTG).

In the new company’s filing, TMTG initially intends to focus on creating a social media site, Truth Social, which it believes can attract 15 million “potential monetizable” users by 2025. Its vision is to “create a media powerhouse to rival the liberal media consortium and fight back against the Big Tech companies of Silicon Valley.”

In addition, it plans to develop other businesses -- news and entertainment programming, which the company expects will attract 10 million digital subscribers for a streaming platform called TMTG+ by 2025.

In the TMTG filing, it claims ex-President Trump had 89 million Twitter followers. Twitter permanently suspended Trump after the January 6, 2021 insurrection, “due to the risk of further incitement of violence.”

Before the SEC/FINRA investigations were disclosed, Digital World announced that it intended to raise $1 billion in PIPE financing at the close of the transaction to buy TMTG.

PIPE financing is a private investment in public-equity deals. This is when a private investor, such as a mutual fund or large institution, buys a chunk of shares at a below-market price.

Digital World Acquisition Corp. was down 3% to $43.81 at the close on Monday, but then rose by as much as 9% in aftermarket trading on the Nunes news.

Business analysts were skeptical about both companies and the deal.

“One of the ways SPACs work is that you can’t identify the target you want to go after beforehand,” said Dan Nathan, principal of RiskReversal Advisors, on CNBC’s “Fast Money” on Monday. “It seems very clear that they did. The other thing is that we don’t know where the investors and the money came from.”

He added: “I don’t think this deal is ever going to happen... Grifters are going to grift -- and that’s what is going on here.”

Karen Finerman, CEO/co-founder of Metropolitan Capital Advisors, also said on CNBC: “At the moment, there is not a lot of there, there. Not that they couldn’t be. This is one of the crazier ones [SPACs] I’ve ever seen.”