The Decline Of Western Civilization (In Two Simple Charts) 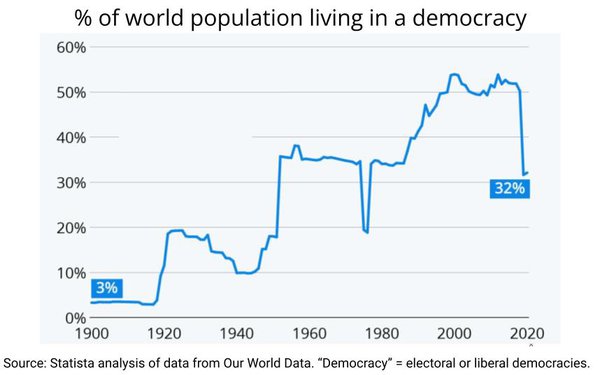 As I was organizing my thoughts for this week's "Red, White & Blog," a striking piece of data popped into my inbox illustrating just what's been at stake and who is winning the info wars. The stat, courtesy of a Statista, shows that after rising steadily through the last century, the % of the world's population living in a democracy has suddenly plummeted since the beginning of this one, falling from more than half to less than one third.

It illustrates half the point I wanted to make this week, as President Joe Biden hosts the first ever Democracy Summit: that democracy around the world is in steep decline. The Statista analysis, based on Our World Data, only goes through 2020, but we can all imagine where it will net out for 2021.

That's half the story. The other half, is why? Obviously, there are many factors contributing to the decline of democracy -- political, military, etc. -- but seeing as this is a MediaPost column, I'd like to focus on the role of media, specifically, the rise of the internet. According to Our World Data, the world population's penetration of internet access shows an even steeper curve -- dramatically upward -- since it was benchmarked in 1990.

Now I'm not saying it's the only correlation, but it is a meaningful one, so I mashed up the two charts, overlaying the growth of the internet with the demise of democracies in the chart below. What does it show?

The irony of this is that when the internet was first booming, its zealots championed it as "the democratization of media," you know, because of the whole Gutenberg Unbound thing.

And while it's true that the internet has contributed to some forms of democracy -- main free market enterprises -- its economics, and the sophistication of various actors to leverage that -- still is concentrated in the hands of a few. And as we've been seeing by recent history, as well as recent testimony as Congress considers creating new laws regulating it -- including this week's chest-thumping during Instagram CEO's, how shall we see, less-than-completely-transparent testimony -- hostile actors appear to have leveraged it best. Especially social media.

In 2017, MediaPost bestowed one of its Agency of the Year Awards to Russia's Internet Research Agency for is ingenious -- not to mention incredibly economic -- use of social media, especially Facebook, to destabilize American democracy. Hostile actors, including Russia, have continued to do so, even as social media have promised to create new safeguards.

As Senate committee co-chair Connecticut Senator Richard Blumenthal told Instagram's chief, the time for deliberation is over, and its time to create new laws regulating what Big Tech platforms like social media can and cannot do, including removing their liability protections covered under Section 230.

I only hope it's soon, because as Devin Nunes appointment as CEO of TMTG (Trump Media & Technology Group), the billion dollar publicly-traded enterprise that is expected to launch a new social media platform soon, will only add fuel to democracy's fire sale. 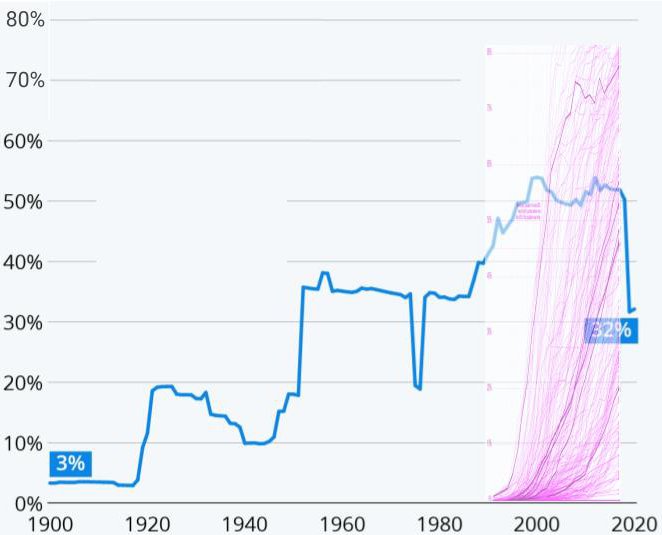 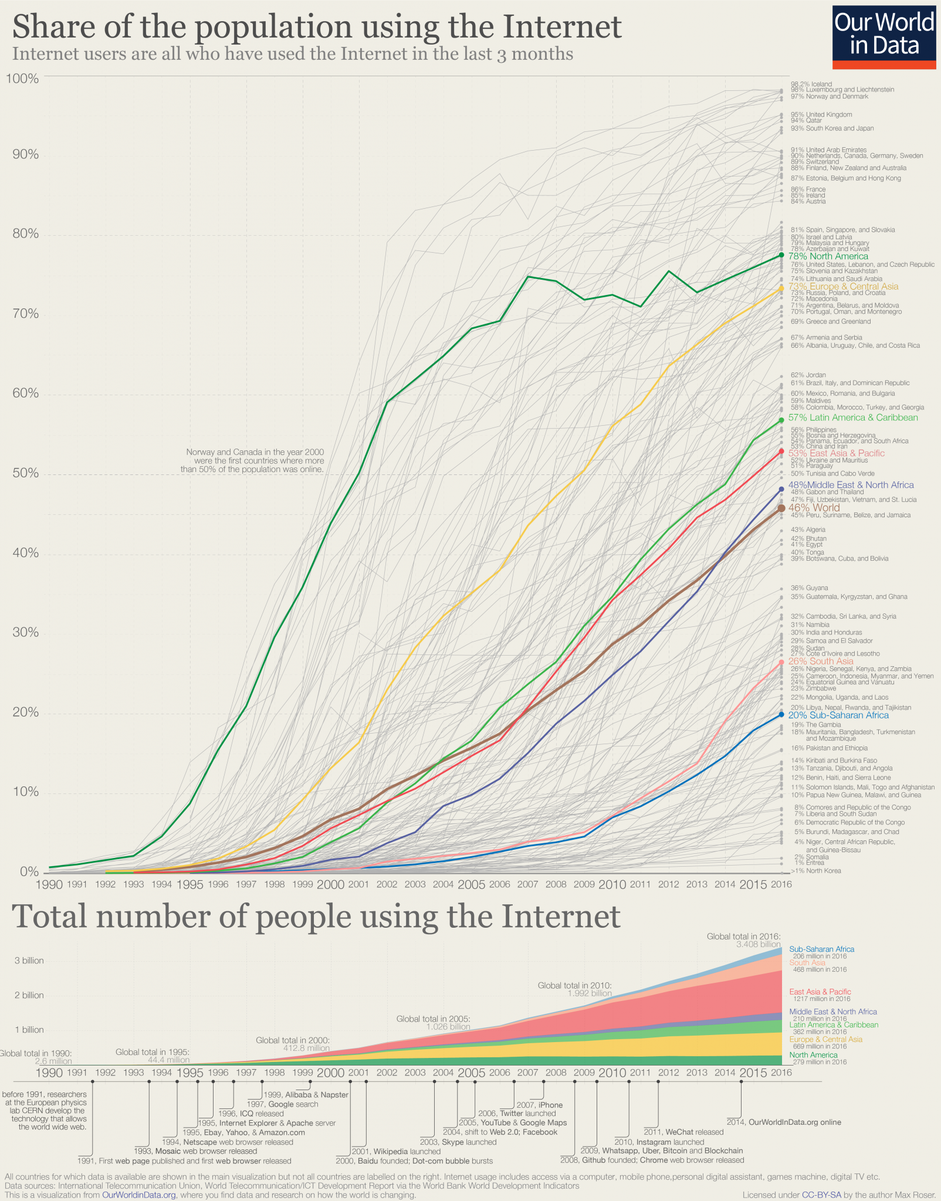 2 comments about "The Decline Of Western Civilization (In Two Simple Charts)".
Check to receive email when comments are posted.
Read more comments >
Next story loading