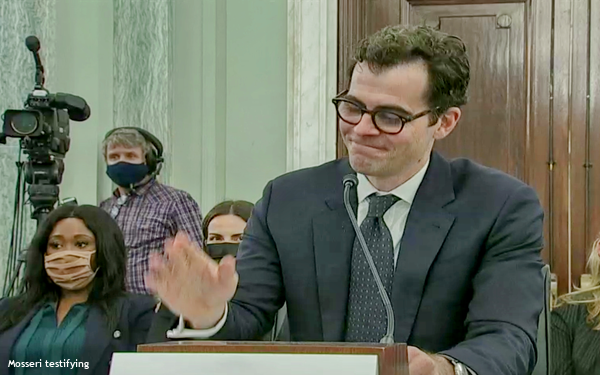 During a bipartisan grilling on Wednesday by a Senate Commerce subcommittee on consumer protection, Instagram CEO Adam Mosseri refused to rule out the possibility that the company will eventually release a version of the platform for kids under 13.

Mosseri said that Instagram sought to develop an age-appropriate version of the platform for those 13 to 18 to address the problems of kids under 13 wanting to use the platform and social platforms’ industrywide struggles with verifying users’ ages.

As the top decision-maker, he said he would work to ensure that underage users would not be allowed on any version of the platform.

That didn’t allay the concerns of some subcommittee members.

Sen. Richard Blumenthal (D-Conn.), the subcommittee’s chair, declared himself “deeply disappointed” by the lack of commitment in speaking to reporters after the hearing.

Blumenthal and others also characterized Instagram’s introduction of new Instagram features it claims will help protect kids and teens as a public relations stunt.

“I believe that the time for self-policing and self-regulation is over,” said Blumenthal. “Self-policing depends on trust. Trust is over.”

The company launched a previously announced “take a break” feature on Tuesday, and said new parental controls will be available early next year. It also said it will restrict direct messaging between kids and adults and ban posts encouraging self-harm and suicide.

That set off an investigation of Instagram’s effects on children by state attorneys general, as well as hearings with Haugen and a Facebook executive that were held prior to this week’s Congressional hearing.

Mosseri defended Instagram’s efforts to safeguard children, challenged the assumption that the platform is addictive, and repeated Meta’s arguments that the government should establish guidelines for all social media.

He largely sidestepped subcommittee members’ demands that Instagram commit to releasing all of the results of its internal research and its algorithms for content ranking, instead asserting that Instagram has adhered to industry-leading standards of transparency.

Mosseri did say that, barring privacy issues and the possibility that some data has been deleted, he would do everything possible to release it for review by responsible parties, and provide “meaningful access” to independent researchers.

On Tuesday, U.S. Surgeon General Vivek Murthy released an advisory warning that the COVID pandemic has resulted in a mental health crisis among children and young adults, and calling for social media platforms to take steps to improve, rather than damage, young users’ health and self images.