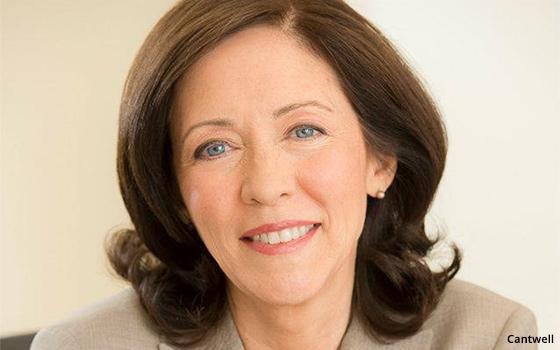 For months now, Republican and Democratic policymakers have criticized Facebook over its speech policies -- but for diametrically opposed reasons.

Democrats, on the other hand, blast the company for failing to suppress so-called “hate speech” -- meaning speech that is perfectly legal, but racist, sexist or otherwise objectionable.

On Monday, Washington, D.C. Attorney General Karl Racine went so far as to file a friend-of-the-court brief arguing that Facebook should face claims that it violated a consumer protection law by misrepresenting that it removes hate speech.

And, in the latest example, Senator Maria Cantwell (D-Washington) on Thursday asked the Federal Trade Commission to investigate whether Facebook engaged in deceptive practices by misrepresenting its brand safety policies.

“Facebook’s Community Standards Enforcement Report states that its algorithms remove 97 percent of the content it eventually takes down for hate speech before the content is posted,” Cantwell continued. “But this metric could significantly misrepresent the effectiveness of Facebook’s algorithms, as whistleblower documents show that Facebook believes that its processes miss more than 90 percent of hate speech content ... Facebook may thus have made material misrepresentations or omissions to advertisers regarding the effectiveness of its brand safety controls."

For its part, back in 2017 Facebook discussed at length the challenges of attempting to police potentially offensive speech -- including that determining whether a post should be considered “hate speech” is inherently subjective.

“People who live in the same country -- or next door -- often have different levels of tolerance for speech about protected characteristics,” former Facebook vice president Richard Allan wrote in a blog post. “To some, crude humor about a religious leader can be considered both blasphemy and hate speech against all followers of that faith. To others, a battle of gender-based insults may be a mutually enjoyable way of sharing a laugh. Is it OK for a person to post negative things about people of a certain nationality as long as they share that same nationality? What if a young person who refers to an ethnic group using a racial slur is quoting from lyrics of a song?”

Cantwell is also urging the FTC to investigate whether Facebook deceived advertisers by misrepresenting some of its audience metrics. That allegation is the subject of a class-action lawsuit dating to 2016.

Regardless of whether the FTC decides to look into Facebook's statements about metrics, it seems unlikely the agency will want to involve itself in what would surely be a long and ugly battle over Facebook's editorial policies.