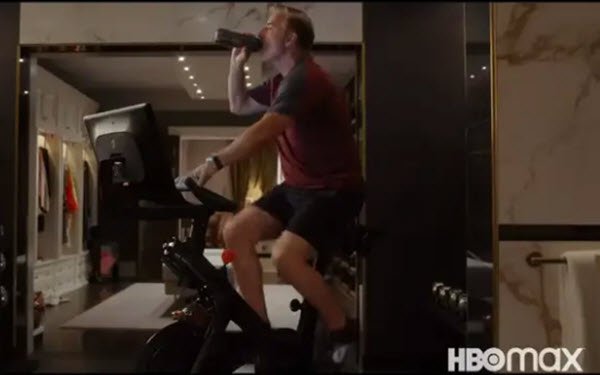 Well, at least they didn’t pay for the product placement.

Peloton — one of the brands that benefitted most from COVID lockdowns — now finds itself scrambling for damage control after being associated with the death of a key character in the new HBO Max “Sex And The City” (SATC) sequel.

Fans of that the groundbreaking 1998-to-2004 series were gobsmacked by the radical plot twist in the first episode of “And Just Like That,” released on the streaming service on Thursday.

"THEY KILLED BIG? ON THE PELOTON?," tweeted one of the many fans expressing shock and disbelief. "Mr. Big deserved better than death by Peloton," posted another.

While Peloton was aware that the show would feature one of its bikes — and even approved one of its instructors being integrated into the story — Peloton has confirmed that it did not supply the equipment or pay for a placement, and had no clue about the plot.

"Due to confidentiality reasons, HBO did not disclose the larger context surrounding the scene to Peloton in advance," Peloton spokesperson Denise Kelly said in a statement.

Peloton also released a statement from Suzanne Steinbaum, a cardiologist and member of the company’s health and wellness advisory council, that aims to balance empathy while distancing the brand from perceptions that its use may be dangerous rather than health-enhancing.

Riding his Peloton bike “may have even helped delay [the Big character’s] cardiac event,” Steinbaum posited, given his otherwise risky lifestyle.

"I'm sure SATC fans, like me, are saddened by the news that Mr. Big dies of a heart attack," she said. "Mr. Big lived what many would call an extravagant lifestyle — including cocktails, cigars, and big steaks — and was at serious risk as he had a previous cardiac event in Season 6. These lifestyle choices and perhaps even his family history, which often is a significant factor, were the likely cause of his death."

Steinbaum also urged others to adopt a "healthy prevention strategy" to avoid cardiac conditions of their own.

The same kind of messaging helped slow-cooker brand Crock-Pot turn around a potentially disastrous hit in 2018, when a much-loved character (Jack Pearson) on NBC’s hit show “This Is Us” died after a fire that turned out to have been sparked by an old Crock-Pot with a faulty switch.

Fans of the show flocked to social media to condemn the brand and declare that they would never buy or use its slow cookers again.

But Crock-Pot quickly posted a tweet that achieved what turned out to be an effective balance: “Jack Pearson was our Valentine so we equally understand your pain with his loss. We love him and we love you too. Don’t further add to our heartbreak by no longer using Crock-Pot Slow Cookers, rest assured our products have been generationally tested by your family and friends. We’re heartbroken over last night’s episode too!… [W]e’re innocent until proven guilty.”

The brand followed up with a lengthier response, as the creator of the show, Dan Fogelman, posted his own tweet: “Taking a moment to remind everyone that it was a 20-year-old fictional crockpot with an already funky switch? Let’s not just lump all those lovely hardworking crockpots together. #ThisIsUs.”

The incident ultimately served to boost Crock-Pot sales, and the show (narrowly) avoided a lawsuit, according to Showbiz CheatSheet.

Peloton took another PR hit in April, when The U.S. Consumer Product Safety Commission issued an “urgent warning” after reports of 38 injuries and one death were linked to its Tread+ treadmill.  Peloton initially pushed back, calling the safety warning “inaccurate and misleading,” but voluntarily recalled those machines in May.

Peloton’s shares — which had already lost half of their value in the past month, after a negative first-quarter earnings report perceived as an indicator that the brand’s performance is suffering as people return to out-of-home lifestyles — dropped further on Thursday, losing nearly $5, to close at $40.70.