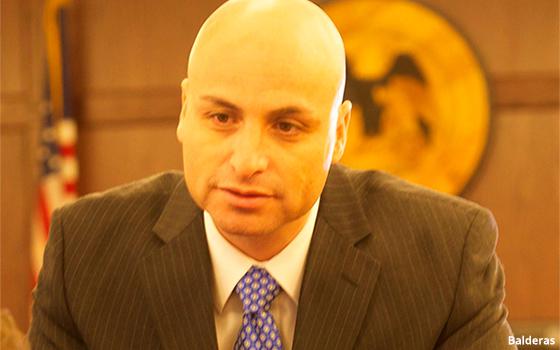 The fund will "promote education, privacy, and safety for New Mexico children across the state," Balderas stated Monday.

Balderas added the settlement requires Google to "take a much more active role in policing app developers that mislabel their child-directed apps in an effort to make more money from targeted advertising and user profiling."

The agreement also calls for Google to require Play Store app developers to complete a “Target Audience and Content” form, to indicate the targeted age groups of apps submitted to the platform. Google is then supposed to independently evaluate whether the apps target or appeal to children; if Google disagrees with the app developer, Google is supposed to require the developer to either reclassify its app or revise the content.

Google will additionally pay $1.65 million to outside attorneys that worked with Balderas on the lawsuits.

The deal resolves two separate children's privacy lawsuits brought by Balderas against Google -- the first in 2018 and the second in 2020.

The first case centered on mobile gaming apps. In that matter, Balderas sued Google along with a host of other companies, including Twitter and the Lithuania-based mobile game developer Tiny Lab Productions.

That complaint alleged that Tiny Lab illegally gleans personal data from young users who download games like "Fun Kid Racing," and that Google's AdMob, Twitter's MoPub, and other tech companies -- including Inmobi and AppLovin -- facilitated the data transfers.

The case came four months after researchers at the International Computer Science Institute at the University of California, Berkeley reported that thousands of free children's apps for Android devices may be collecting data from children, in violation of the Children's Online Privacy Protection Act. That law prohibits companies from knowingly collecting personal data -- including the type of pseudonymous information used for ad targeting -- from children under 13, without parental consent.

Balderas' complaint not only referenced that report, but also alleged that Google conducted a new review of 84 Tiny Lab apps after being contacted by researchers at UC Berkeley in early 2018.

Last year, U.S. District Court Judge Martha Vazquez in New Mexico dismissed the claims against Twitter's MoPub, Inmobi and AppLovin, but not against Google. She said in a written ruling that the allegations, even if true, wouldn't establish that those other companies knew they were helping to collect data from children.

She allowed Balderas to proceed with claims against Google's AdMob, on the theory that the allegations, if proven true, could show that Google knew Tiny Lab apps were aimed at children.

In August, Google and Balderas said they had agreed to settle that case, but didn't disclose any terms until this week.

The second case, brought in 2020, dealt with Google's educational apps. Balderas alleged that Google's web-based G Suite for Education apps, as well as its Chromebooks for students, collect a host of data from students without their parents' permission.

Google countered that it complied with Federal Trade Commission guidance allowing schools to consent to the data collection, provided the information is used for a school-authorized educational purpose.

Balderas appealed that ruling to the 10th Circuit Court of Appeals, arguing in written papers that parents "should be given control over what kind of access companies have to their children."

On Monday, Balderas withdrew the appeal in light of the settlement.

The settlement agreement relating to those claims says Google made some revisions to its educational apps that "make it easier for admins to tailor experiences for their users based on age," and that the company "continues to explore enhancements to Google Education related to the claims in the action to increase privacy and safety."